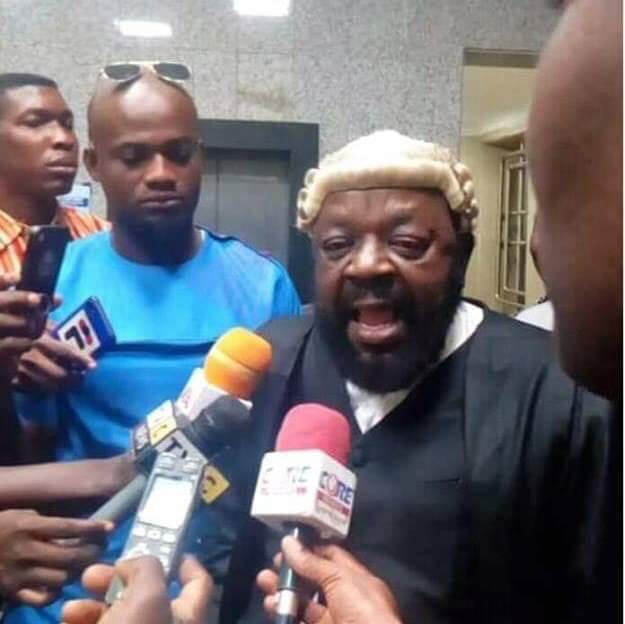 A former Governor of Imo State, Ikedi Ohakim, has said he will challenge the ruling of a Federal High Court in Abuja ordering the Attorney General of the Federation, Abubakar Malami (SAN), to take over his prosecution in a case of alleged harassment against an Abuja-based woman, Chinyere Amuchienwa.

Ohakim’s counsel, Aloy Ejimakor, in a statement issued on Tuesday, described the move by Malami as politically motivated and erroneous.

The Nigeria Police Force initially filed criminal charges against Ohakim over allegations of threat to the life of the businesswoman.

According to the charge sheet FHC/ABJ/CS/287/2020, Ohakim and one Chinedu Okpareke were alleged to have threatened to release a nude photograph of Amuchienwa if she failed to drop the charges of attempted kidnap against them.

While waiting for Ohakim to be arraigned in court, the police later filed a Notice of Discountenance of the matter in March, the same day the AGF informed the court that it had taken over prosecution of the matter.

But delivering his ruling on Monday, Justice Taiwo Taiwo insisted that the move by police to discontinue the matter lacked merit and therefore dismissed same.

The judge held that there was no doubt that the AGF had unfettered power to prosecute and withdraw a suit against any citizen and subsequently fixed October 21, 2021 for the arraignment of Ohakim as well as commencement of trial.

However, reacting in a statement titled, ‘AGF taking over case of Dr Ikedi Ohakim is erroneous’, Ohakim’s lawyer, Aloy Ejimakor, said the ruling would be challenged as it was made in error.

The statement read, “We wish to inform the public that while we continue to abide in respects for decisions of courts, this very ruling will be promptly challenged in all appropriate fora because it bears no relevance to the material particulars of the dispute.

“At worst, the ruling created false impressions that, in the course of time, will be fully dealt with. Meanwhile, the emphasis needs to be made that this whole saga persists because Dr Ohakim, as a former governor and a politically exposed person, has detractors that have latched on this case to tarnish his stellar reputation.

“For the avoidance of doubt, the said Chinyere Amuchienwa is already a defendant before an FCT High Court on the same set of facts that the Federal High Court made the instant ruling against Dr Ohakim.

“This development should have foreclosed this later ruling because, at law, Dr Ohakim cannot lawfully face trial on the same set of facts upon which Ms Amuchienwa was already facing trial.

“It is also pertinent to note that these charges were already discontinued by the complainant (Nigeria Police) before someone suddenly materialised from the Office of the Attorney General, insisting on taking over the case.

“In particular, Ms Amuchienwa is facing trial because official police forensic evidence revealed that she was the one that produced the nude video she had accused Dr Ohakim of photoshopping. So, one wonders why a court should rule that Dr Ohakim will stand trial on a matter upon which forensic evidence had exonerated him.

“In the light of the above, we are convinced that this very ruling was made per incuriam (in manifest error) and will thus not survive the avalanche of the legal challenges that will be brought to bear, sooner than later.”