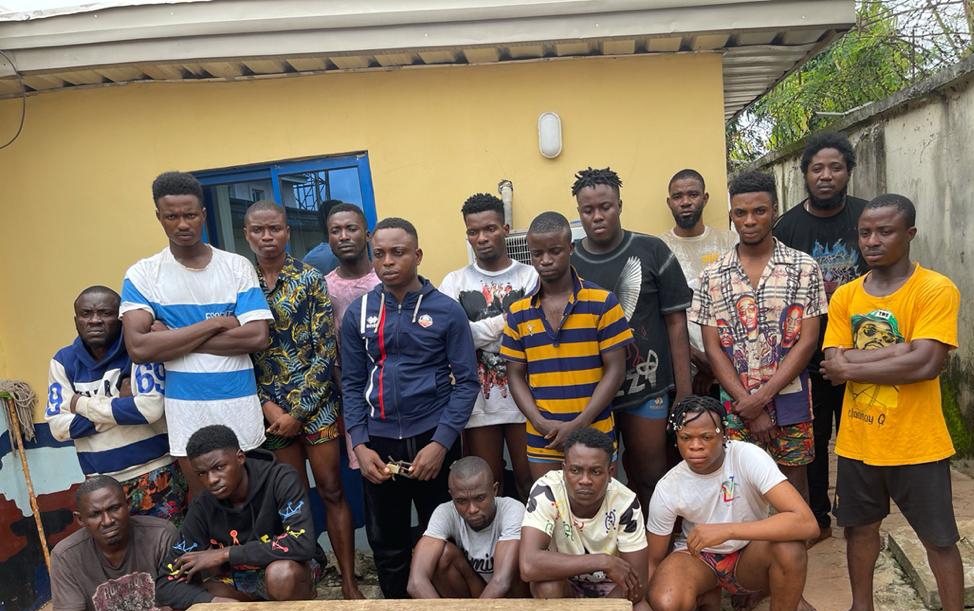 Operatives of the Delta Police Command has foiled the cult initiations of the notorious Aiye Confraternity and also arrested another suspected gang member the Vikings Confraternity.

The police recovered locally-made revolver pistols, live cartridges, a car, five motorcycles and other materials from the suspects.

According to Edafe, the cultists were arrested on Saturday at about 1.45 am. He said they acted on intelligence gathered that members of the Aiye Confraternity, also known as Black Axe, were carrying out initiation in a bush at Onicha-Ugbo community, Aniocha North LGA. 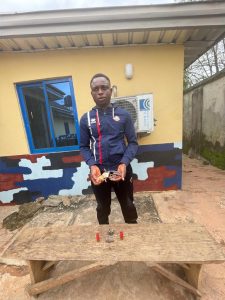 “The Commander, Delta State Anti-Cult Unit, detailed operatives who stormed the venue of the initiation that night. They were able to foil the initiation process and also arrested 10 male suspects, while others escaped into the bush,” he said.

“One locally-made revolver pistol with four live cartridges and one expended 9mm ammunition and two expended cartridges were recovered from two of the suspected cultists while some weed suspected to be Indian hemp, one Honda accord car with registration no Lagos KSF 586 DU, five motorcycles and a bag containing clothes were recovered from the scene of the initiation,” Edafe added.

In the same vein, the statement further disclosed that operatives of the command’s Crack Squad also arrested a confessed member of the Vikings Confraternity last Friday.

Edafe said the raid was on the suspects’ hideout in Eri community near Oleh in Isoko South LGA.

The police arrested one Akpofure Lucky, 37, and recovered a locally-made pistol and three live cartridges from him.

“The suspect confessed that he is a member of the Supreme Vikings Confraternity. They will be charged to court as soon as the investigation is concluded,” he said.