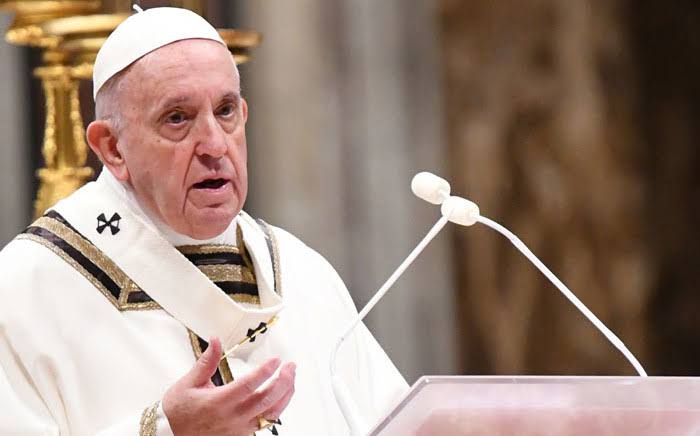 Catholic pontiff, Pope Francis, has called for the safety of all Nigerians to be guaranteed.

This call was made in the wake of attacks by suspected Islamist militants which killed at least 40 people in the northwest region over the weekend.

Pope Francis while praying for the victims of the attacks at the Wednesday General Audience, called for all Nigerians to be protected.

He said, “I pray for those who have died, for the wounded, and the entire people of Nigeria.

READ ALSO: Pope warns of ‘threat of antisemitism’ in Europe

“I hope that the safety of all citizens in the country will always be guaranteed,” added the Pope.

Recall, that an initial attack took place on Sunday in the village of Madamai in Kaura district, where 34 residents were murdered and seven others injured, according to the security chief of Kaduna State.

The official said soldiers were dispatched to the scene of the attack, where they exchanged gunfire with the assailants before forcing the jihadist militants to retreat.

A later statement from the same official said militants carried out another attack “in retaliation” on the village of Kacecere, where 8 people were killed, six others were wounded, and several houses destroyed.

Separately, the Nigerian military said suspected militants from the so-called Islamic State in West Africa attacked a military base in Sokoto State, also on Sunday.

Troops repelled the attack, but residents told the AFP news agency that 17 soldiers were killed.

Northwestern and Central Nigeria has endured several years of violence, with herders and farmers competing for natural resources.