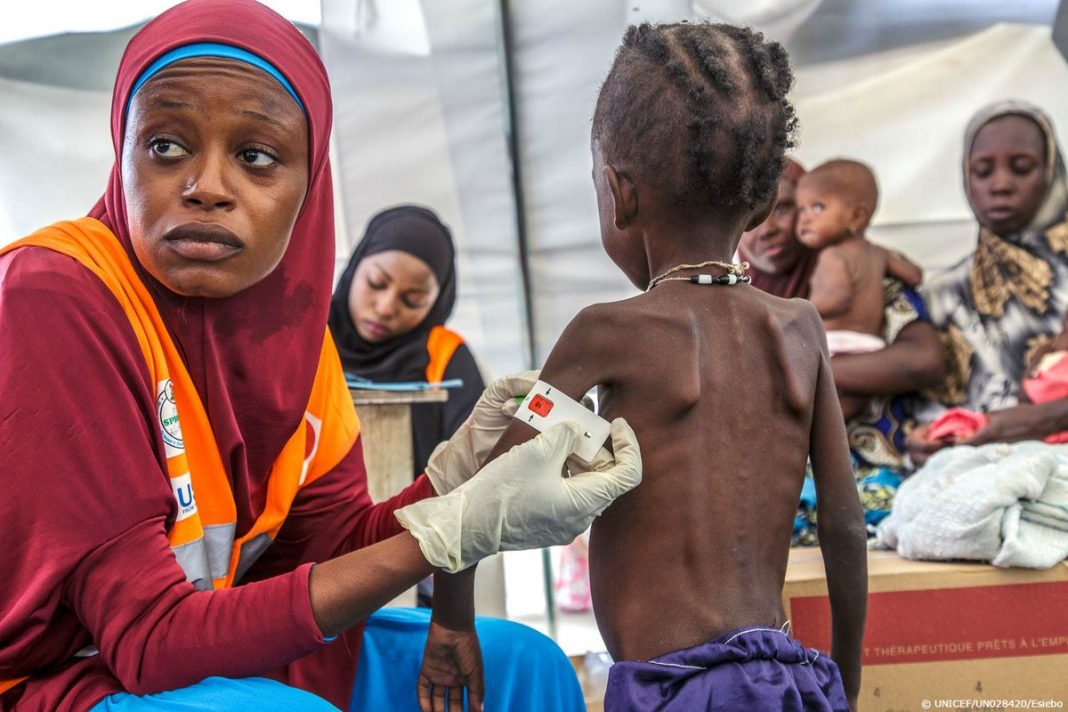 The United Nations Children Fund (UNICEF) on Wednesday began a two-day meeting with Commissioners of Budgets and Planning from the 36 states and FCT on ways to make Nigeria better.

Maulid Warfa, the Chief of Field Office in Sokoto, noted at the opening of the meeting in Sokoto that poverty and deprivation were among the greatest challenges being encountered by governments.

The official, who was represented by UNICEF’s Social Policy Specialist, Malam Isa Ibrahim, said that the Community of Practice (COP) meeting was to share experiences and learn from each other on how to make Nigeria better.

”Poverty, vulnerability to poverty and deprivation are among the greatest challenges being encountered by governments, both from a developmental and a humanitarian response perspective. This gathering will surely facilitate economic and social rejuvenation through collective effort to advance both economic growth and human capital development.

”The forum is a very critical engagement towards ensuring practical, realistic, efficient, and implementable plans and strategies designed for the sustainable development of the nation,” Warfa said.

He noted that poverty is not just about the lack of income and resources for sustainable livelihoods but also the lack or insufficient capacity to enjoy life.

”For children, in particular, this includes hunger, malnutrition, limited access to education, poor health care, limited access to other basic social services, discrimination, and social exclusion as well as insufficient participation in decisions making processes. To address child poverty, we must first know how many children are poor. In 2020, before the onset of COVID-19, UNICEF supported the measurement of multidimensional and monetary child poverty in Nigeria.”

The UNICEF Chief disclosed that the findings revealed that an estimated 47,604,563 children in Nigeria, representing 47.4 per cent, suffer deprivation of multiple dimensions.
He said that the deprivations were related to health, nutrition, education and lack of access to water and sanitation.

According to him, 53.9 per cent of children in Nigeria experienced multidimensional deprivation of at least three fundamental basic human rights.

According to him, at the regional level, children in Sokoto, Kebbi, and Zamfara states suffer higher multidimensional poverty rates, at 80.4 per cent, 74.9 per cent, and 74 per cent respectively.

He added that children living in Edo and Lagos had the least at 19 per cent and 17.3 per cent respectively. Warfa reiterated that UNICEF would continued to work with Sokoto and other states in the area of education, health, water and sanitation, as well as poverty alleviation. He said that the organisation would work to strengthen the states` social protection and child protection interventions.

Warfa added that UNICEF was committed to alleviating the condition of children in Nigeria to enable them to realise their full potentialities.

Earlier in his welcome address, Sokoto State Commissioner for Budget and Economic Planning, Alhaji Ahmad Mainasara, described the meeting as relevant and timely as part of routine commitments to enhance people`s lives.

Mainasara also commended UNICEF and other donor agencies on their commitments.