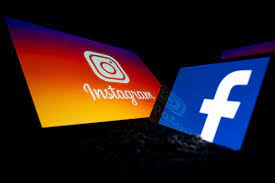 Facebook on Wednesday evening published two controversial internal studies about Instagram and teen health, hours before a company executive will face Congressional questions about the subject.

Facebook had initially kept internal research secret for two years that suggests its Instagram app makes body image issues worse for teenage girls, according to a leak from the tech firm.

Since at least 2019, staff at the company have been studying the impact of their product on its younger users’ states of mind.

Their research has repeatedly found it is harmful for a large proportion, and particularly teenage girls.

“We make body image issues worse for one in three teen girls,” said a slide from one internal presentation in 2019, seen by the Wall Street Journal. “Thirty-two per cent of teen girls said that when they felt bad about their bodies, Instagram made them feel worse,” a subsequent presentation reported in March 2020.

Another slide said: “Teens blame Instagram for increases in the rate of anxiety and depression. This reaction was unprompted and consistent across all groups.”

The two reports were commissioned in 2019 and sought to better understand how users interacted with the app and its affects on things like anxiety, body image and social comparison. The research was originally revealed last week in a Wall Street Journal investigation that has trigged fresh criticism of Facebook’s handling of its users.

The two reports were commissioned in 2019 and sought to better understand how users interacted with the app and its affects on things like anxiety, body image and social comparison.

The research was originally revealed last week in a Wall Street Journal investigation that has trigged fresh criticism of Facebook’s handling of its users.

As recently as March, Mark Zuckerberg, Facebook’s chief executive, claimed social media was more likely to have positive mental health effects. In May, Adam Mosseri, who is in charge at Instagram, said he had seen research suggesting its effects on teenagers’ mental health was probably “quite small”.

In a “mental health deep dive”, marketing and product design executives and data scientists at Facebook concluded that some of the problems, such as “social comparison”, were specific to Instagram and not replicated by other platforms.

“Aspects of Instagram exacerbate each other to create a perfect storm,” said one internal report, which said pressure to share only the best moments and to look perfect could pitch teenagers into depression, low self-esteem and eating disorders.

A spokesperson for 5Rights Foundation, which campaigns for changes to digital services to make them more suitable for children and young people, said: “Facebook’s own research is a devastating indictment of the carelessness with which it, and the tech sector more broadly, treats children.

“In pursuit of profit these companies are stealing children’s time, self-esteem and mental health, and sometimes tragically their lives … This is an entirely human-made world, largely privately owned, designed to optimise for commercial purposes – it does not have to be like this. It is time to optimise for the safety, rights and wellbeing of kids first – and then, only then – profit.”

Facebook declined to comment, but sent the Guardian a link to a blog post by Instagram’s head of public policy, Karina Newton. She said the WSJ story had “focused on a limited set of findings and casts them in a negative light”.