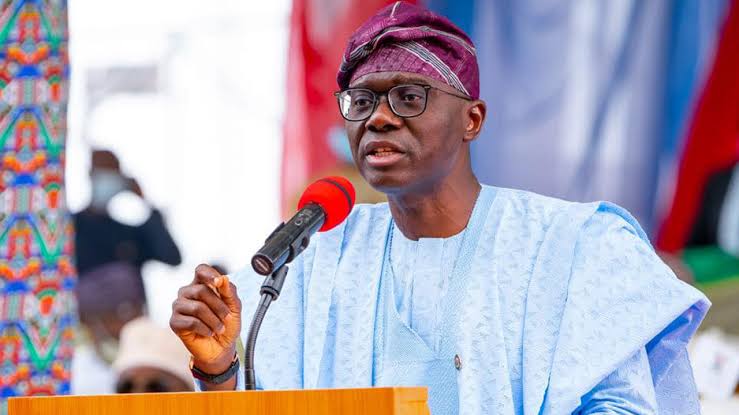 As Nigeria celebrates her 61st Independence anniversary, Lagos State Governor, Mr. Babajide Sanwo-Olu, has advised Nigerians to summon the courage, energy and political will to face problems confronting the country head-on and address them squarely.

The Governor said many of the present challenges the country was grappling with including secessionist calls, among others were products of complex and complicated past, noting that Nigeria’s political, leadership tussle and trajectory were by no means unique and therefore urged secessionists to retreat.

Speaking at the 83rd anniversary of Ikoyi Club 1938, on Wednesday while presenting a paper titled, “Present, Past and Future”, held at the club’s Secretariat in Ikoyi, Lagos, Governor Sanwo-Olu said critical stakeholders must learn from the experience of other countries to guide the present and create a future that is even better than what Nigerians envisaged.

The event was clearly an opportunity for Governor Sanwo-Olu to ventilate his thoughts about Nigeria at 61.

While reflecting on the political, socio-economic and political trajectories of the country, the Governor concluded that religious and ethnic jingoism should be completely removed from our lexical items in the country.

“In a few days, Nigeria will celebrate her 61st anniversary as an independent country. It will be another opportunity to reflect on our past, our present and our future. A complex and complicated past, like many other countries; a challenging present, again like many others and a future that we all look forward to with hope and optimism.

“Most countries of the world face deep-seated questions about ethnic, racial and religious diversity, and that Nigeria’s seemingly intractable past and present challenges are not unique to us. What is important is that we must constantly summon the energy and political will to face our problems head-on and address them squarely. We cannot continue to throw our hands up in despair or retreat into the tempting ghettoes of sectionalism and ethnic and religious bigotry.

“We must learn from the past of others to guide our present and create a future that is even better than what we envisaged. That is yet another important link between past, present and future; the ability to assess deeply, learn, and adapt in light of that learning,” he said.

Sanwo-Olu said his administration was committed to continuity of good governance, saying it would build on the past and adhere to a robust vision passed down over the years that would serve the people of Lagos and change their lives for the better.

He said: “For governance to be transformational, it must start by acknowledging and respecting what has gone before, otherwise it will be doomed to keep going round in circles, wasting effort and achieving little. Therefore, we have stayed consistent to a vision that we inherited from previous administrations.

“For us in Lagos State, continuity is key; building on the past, adhering to a robust vision passed down over the years that will serve the people and change their lives for the better. We will forever be committed to making a link between past, present and future, for the betterment of the people of Lagos.

“For example, the first two lines of a city-wide metro-rail network, first envisioned decades ago, are now being completed. Our THEMES governing agenda recognises what has been accomplished before us and highlights how we can build on that as quickly as possible to show visible and verifiable results to the people of Lagos, in the shortest possible time. To frame it another way, we are pouring the concrete of today onto the foundations of yesterday to create the future that we deserve,” he said.

Sanwo-Olu stressed further that “Without the past, there would be nothing to build on. When we are done with our own service, we will hand over the baton to the next set of leaders, to continue from where we stopped.

“And that is how the software of human civilization advances, one ‘update’ at a time. Whether it is at the level of Ikoyi Club, or Lagos State, or Nigeria, or the entire planet, the imperative to build on and improve on the past is one that cannot be wished away or ignored. Standing on the shoulders of giants in the hope that someday future generations will stand atop our own shoulders, extending the productive value chain of time, the cycle of past, present and future, into perpetuity.”

Speaking earlier, the Chairman of Ikoyi Club 1983, Mr. Adewale Mumuney, said the club remained incontrovertibly the prime choice among many seekers of a recreation and sporting centre for multi-racial harmony, outstanding facilities, serene ambiance and governance system that works peacefully and effectively.

He commended Sanwo-Olu for his immense support of the club’s IPP project and for enabling the Club to be a COVID-19 vaccination centre for members and staff, among others.