Six persons have been arrested for illegally mining gold at Birim North and Asante Akyem districts of the Eastern and Ashanti regions respectively during a special operation.

The six suspects include a female Ghanaian, other West African nationals, and a financier who was at one of the sites. 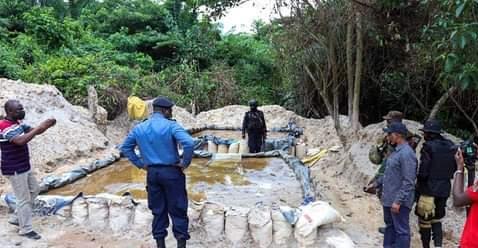 They also set ablaze the tents and makeshift structures that served as accommodation.

The illegal miners had adopted new technology used dangerous chemicals to wash the gold deposits and subsequently, dumbed them into water bodies. 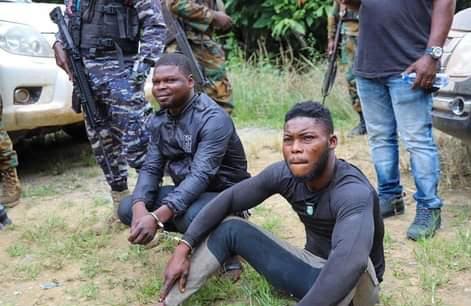 With the support of some residents, the miners also diverted and polluted the Prah river which has become dangerous for consumption.
According to Deputy Lands Minister, Mireku Duker, many of the miners believed to be Burkinabes, Nigeriens, Togolese and Ivorians fled into bushes upon the arrival of the operation team at the sites.
“The invasion of foreigners is now the trend and it is a worrying one obviously people coming from Burkinafaso, Ivory Coast, Benin and so on. Those who have been arrested attest to that fact. It is very unfortunate that Ghanaians are allowing this to happen.”
He added that “Animals are dying because they are drinking from diverted water that has been polluted by Mercury and so on. Farmers are complaining, they are destroying cocoa farms. If you can see behind me, the Prah river has been diverted and heavily polluted this is worrying to Ghanaians and I think Ghanaians should be alert now.
Mr. Mireku Duker also ordered the immediate shut down of Socorro Investment Mining Limited located at Amenam in Asante Akyem South District which have allegedly been taken over by Franco Trading Enterprise.
The company has failed to acquire all the necessary documentation and permits.
“Because they don’t have a license to mine. It is an illegal site. They must produce an EPA license before they start mining. Nobody can claim ownership of this concession. Minerals Commission has not granted any concession here,” Mr. Duker explained.
Meanwhile, the suspects arrested are assisting the police with investigations.