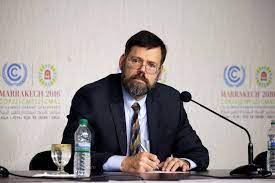 The United Nations on Friday condemned Ethiopia’s announcement that it was expelling seven senior U.N. officials, and voiced concern for 5.2 million people in the Tigray region who are in need of urgent assistance as malnutrition rises.
The expulsions were announced late on Thursday, two days after the U.N. aid chief warned that a government aid blockade had likely forced hundreds of thousands of people in Tigray into famine.
“It is critically important that the humanitarian operation continues – and it does,” Jens Laerke, spokesman for the U.N. Office for the Coordination of Humanitarian Affairs (OCHA), told a Geneva briefing. “Until now there is no indication that it (Ethiopia’s decision) stops the operation.”
International condemnation of the humanitarian situation in the northern Ethiopia has been growing. The United States threatened sanctions against any party obstructing aid to Tigray, which has been mired in conflict for nearly 11 months.
Ethiopia’s Ministry of Foreign Affairs did not respond to requests for comment on the expulsions. Ethiopia has previously denied blocking food aid.

U.N. human rights spokesman Rupert Colville said the plan to expel the head of its reporting team in Ethiopia was a “really grave step”, adding: “The scale, seven people across three agencies, is extremely rare, if not unprecedented.”
“We are pretty much united across the U.N. that this is not an acceptable situation,” said Colville.
The world body hopes the decision will be changed or reviewed, said Laerke.
“It is critically important that the humanitarian operation continues.”
The current situation is critical, Laerke said, noting that 79% of pregnant and lactating women screened in Tigray last week were diagnosed with acute malnutrition. Only about 11% of the trucks needed to bring life-saving food have entered Tigray since mid-July, said Laerke.
The conflict’s spillover to neighbouring Amhara and Afar regions means humanitarian needs and displacement are rising.
Via Reuters