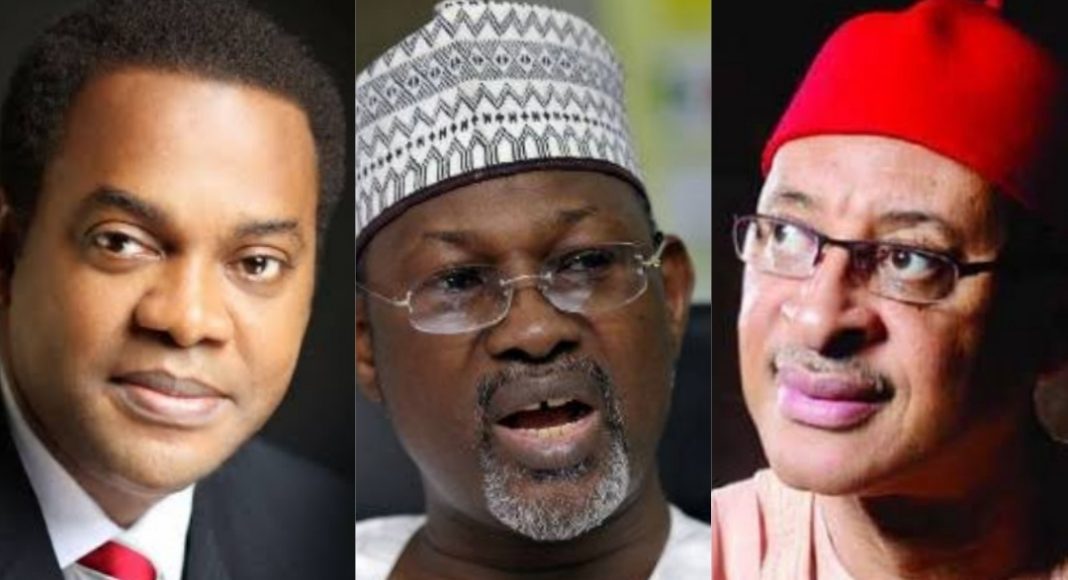 Ahead of the 2023 general elections, the former Chairman of the Independent National Electoral Commission, Prof. Attahiru Jega, and a foremost political economist, Prof. Pat Utomi, on Friday unveiled a non-partisan coalition.

The coalition under the aegis of the National Consultative Front, is designed to galvanise support for legislation for the electronic transfer of election results.

The unveiling took place at the 61st Independence National Political Summit organised by the NC Front, in Abuja.

Speaking during the event, Jega said a legal framework was an irrevocable part of any credible election to take place.

According to him, the integrity or otherwise of any electoral process begins with the laws guiding it.

He said, “To ensure that the preference of Nigerians is brought to bear on the process, apart from the issue of electronic transmission, there are other issues.

“An election that must have integrity must have a framework that has integrity, that is why we are calling on members of the National Assembly to pass this legislation.

“If you have a weak electoral framework then you have weakened INEC. INEC should also be made accountable.”

Also, Utomi urged Nigerians to go beyond holding talk shops and put their money where their mouth is.

He explained that every Nigerian can start by contributing as little as N5 to provide funding for the new initiative in order to take back their politics from the clutches of money bags.

Earlier, a former member of the National Assembly, Senator Shehu Sani, expressed reservations about the current National Assembly and opposition to the electronic transfer of election results.

He explained that the argument by some legislators that the National Communications Commission lacks the capacity to make the electronic transfer of results was suspect.

Sani said, “As at last count, there are 112 million active bank accounts in Nigeria. We have more bank accounts in Nigeria than registered voters. If this is not a problem for our banking system, it shouldn’t be a problem for our elections.”
Making his contribution via zoom, a United States of America-based Nigerian, Precious Ehikimi, said, “We are in a very precarious situation. The Supreme Court says electronic transmission is a mere guideline but INEC says we can do it.

“The school fees of our children will be determined by the people we elect. INEC is saying they will do it because they know the position of the court. The only thing that can free Nigeria is when Nigerians can freely elect their leaders, we need to take action now