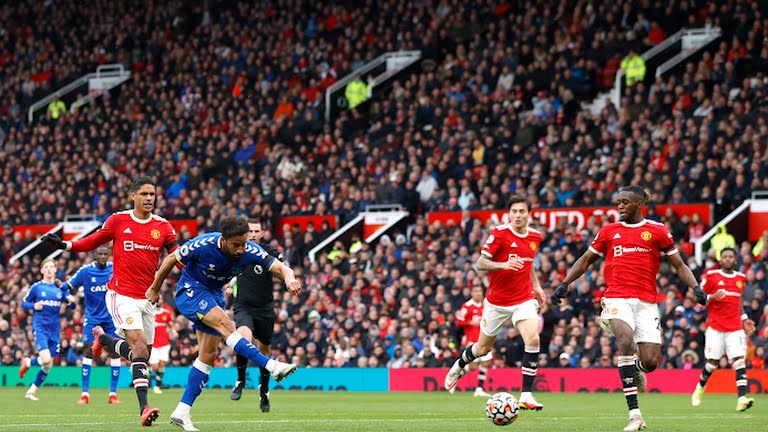 Manchester United have failed to return to winning ways in the English Premier League, drawing again to Everton 1-1 at Old Trafford on Saturday.

Ronaldo– who had scored in the last-minute vs Villareal in the Champions League on Wednesday–was forced to watch on from the bench for the entirety of the first half as both teams struggled to take the lead.

Shortly before halftime, however, Anthony Martial broke his goal drought, netting a deflected shot after receiving a pass from talisman Bruno Fernandes.

Manchester United came out of the dugout looking off to finish off the game and take the W, subbing in Ronaldo in the 57th minute. But Everton showed they had other plans when Townsend slotted one past David De Gea in the 65th minute.

The introduction of Ronaldo was not enough to inject the squad with the needed aggression and shot conversion, and United have now dropped points in two consecutive league games. The team had lost 1-0 to Aston Villa in their September 25 clash, and were kicked out of the EFL cup days before that by a vengeful West Ham.