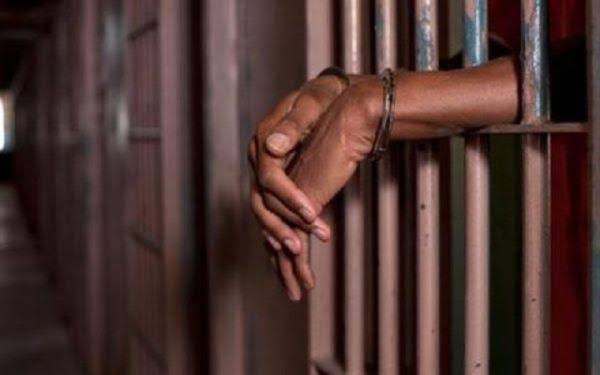 A Nigerian man was sentenced to a 10-year rigorous imprisonment by an Indian court for peddling drugs on Friday.

According to the Hindustan Times, the Nigerian convict, Abu Henry, alias Kevin, was also fined ₹1 lakh (N554,009) by the Court Of Additional District And Sessions.

Also, his local accomplice, Narinder Singh, a native of Patiala and living in Mohali, was sentenced to seven-year imprisonment with hard labour and a fine of ₹70,000 (N387,806).

Judge Harpeet Kaleka also ordered that both convicts would undergo another one-year imprisonment if they failed to pay the fine.

Abu and Narinder were convicted under sections 21, 61, 85 of the Narcotic Drugs and Psychotropic Substances Act and Section 14 of the Foreigners Act.

According to police, the duo were caught with 550g heroin and ₹4 lakh (over N2.2 million) drug money in 2017 by the Special Task Force near Phase 4, Mohali, while they were travelling in a Toyota Fortuner SUV.

“Abu used to bring the heroin from Delhi and sold it to Narinder, who further supplied it to his clients in Mohali, Chandigarh and adjoining places.

“During interrogation, Abu confessed that he came to India on a business visa in 2016 and never returned. Narinder is already facing five NDPS cases in Mohali, Dhuri and Patiala,” the police said.

Abu is reportedly the fifth Nigerian this year to be sentenced to 10-year imprisonment with hard labour for smuggling heroin.

On September 6, Austin Krairi; on September 9, a woman, Joye Cheeka Ozuma; on September 16, Joel Smith; and on September 29, Mariam Wanoe were all slammed with jail terms by the Court Of Additional District And Sessions Judge, Harpeet Kaleka.