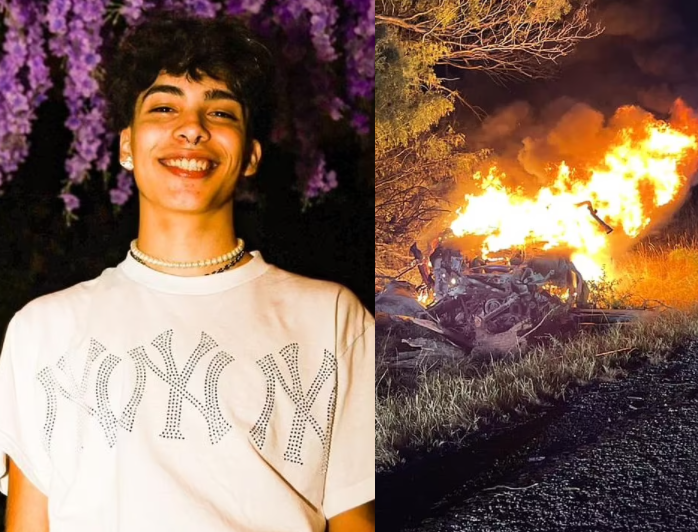 Gabriel Salazar, whose lip-sync videos on TikTok gained more than 2 million followers, died last Sunday in a car crash that also killed three other people after a police chase, according to the Zavala County Sheriff’s Office in Texas. He was 19.

The car veered off the road, slammed into several trees, rolled over and caught fire, according to the sheriff and a report from People. A sheriff’s office photo shows the wreckage engulfed in flames.

Salazar, known as @gabenotbabe, also appeared in dance and comedy bits on TikTok. He posted his last clip to the short-video platform on Sept. 23 and it has been viewed more than 12 million times.

In an Instagram photo posted not long before the wreck, Salazar posed with a white Camaro.

The other crash victims were identified as Jose Luis Jimenez-Mora, 41; Jose Molina-Lara, 23; and Sergio Espinoza-Flores, 36.

The sheriff’s statement didn’t say why the officer stopped Salazar’s car, or why it was “pursued.” The state Department of Public Safety is investigating.