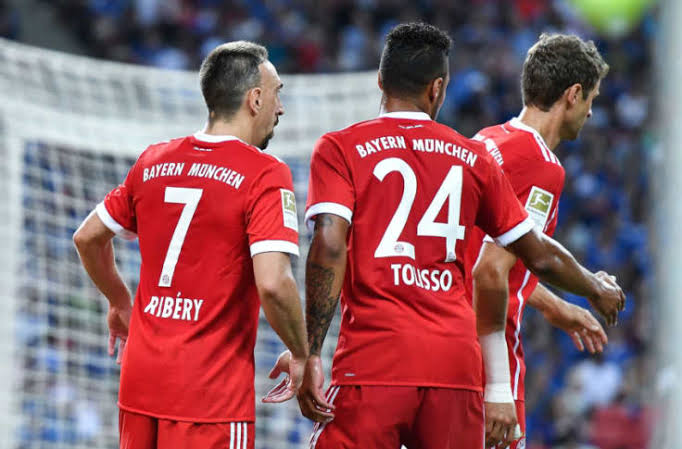 Bayern Munich have suffered their first league loss at home since 2019 as Eintracht Frankfurt upset the odds to come from behind to win 2-1 in the Bundesliga.

Historically the Eagles have a terrible record against Bayern, with the Reds winning each of their last 12 meetings at the Allianz Arena.

And the game looked to be going in one direction from the moment the whistle was blown. Bayern pressed and forced the visitors into a series of errors that could well have been converted if the final pass was better.

It was Leon Goretzka who broke the deadlock just before the half-hour mark. Martin Hinteregger attempted to play out from the back, but his pass was blocked and it eventually came to Robert Lewandowski who slipped in the midfielder, who slotted the ball into the bottom corner.

But Bayern’s lead only lasted a few minutes as a rare Frankfurt attack produced a corner thanks to the hard work of Kristijan Jakic, who battled Dayot Upamecano to win the set piece, which was dispatched by Filip Kostic.

And it was Hinteregger who got on the end of it and smashed his header past Manuel Neuer.

Just before the break, both sides had a chance to take the lead, with Almamy Toure missing his one on one with Neuer and up the other end Serge Gnabry hit the post when he really should have scored.

The second half continued in a similar fashion with it largely looking like attack versus defence as Frankfurt sat deep to frustrate Bayern.

And if it wasn’t for Kevin Trapp the hosts could well have been ahead, but the German ‘keeper produced a string of amazing saves.

The pick of the bunch a one-footed save to deny a Lewandowski header from point-blank range.

As the game progressed Julian Nagelsmann continued to throw on a host of attacking changes to grab a goal.

But it was Filip Kostic who found the back of the net for Frankfurt, as his low effort slipped past Neuer, to make it a historic victory for the visitors.

Next up for Bayern is an away trip to Bayer Leverkusen while Frankfurt host Hertha Berlin in a key clash in the bottom half of the table.

Bayern have found themselves in the habit of turning over teams, week in week out, with a record of a goal every five shots. But it seemed like they just took their eye off the ball and were ultimately punished for that.

In the final third they were wasteful and they lacked a sense of urgency, up until the point they conceded a second goal with seven minutes to play.

Hansi Flick sat in the stands at the Allianz Arena and witnessed a goalkeeping masterclass from Trapp who produced save after save to deny Bayern what was expected to be a routine win in front of the home crowd. A simply outstanding performance worthy.