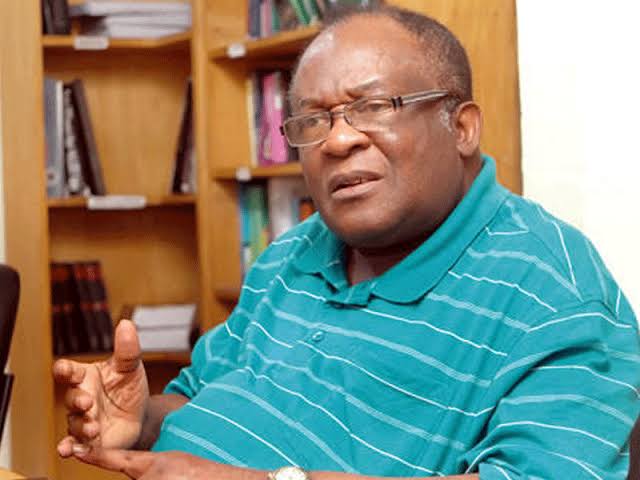 Oladipupo Williams, a legal luminary and Senior Advocate of Nigeria and the first son of renowned lawyer, Chief Rotimi Williams, is dead.

According to Kunle, his son, Ladi, as he was fondly called, died in the early hours of Sunday from complications due to COVID-19.

“My father passed away this morning from COVID despite being double vaccinated with Oxford AstraZeneca,” Kunle said on his Facebook page.

Ladi was called to the Nigerian bar about 48 years ago and became a SAN in 1995.

He and his father were the first father and son to become Senior Advocates of Nigeria.

He was the principal partner at Chief Ladi Rotimi-Williams Chambers, a Nigerian law firm based in Lagos.

He founded the law firm to provide a variety of high-quality legal services to individuals, private corporations and public sector organisations.

The senior lawyer was regarded as one of the top 100 senior advocates in the country with expertise in litigation and commercial law.

According to a profile on his chamber’s website, his early working life was spent at his father’s chambers, Rotimi Williams Chambers, and he was a major contributor to the success of the renowned chambers.

He was appointed as a member of the Constitutional Drafting Committee in 1988. He was also appointed director of the defunct National Electric Power Authority, and he served the corporation during his tenure.

His service to other industries has seen him on the board of prestigious corporations such as UPS/IMNL, TSA and Mutual Benefits Assurance.

His interest in the affairs of the ordinary Nigerian citizen-led him to join the non-political group, The Patriots, where he served as secretary to the influential association, showcasing his passion for bringing justice and providing welfare to the underprivileged Nigerians.

Since 2005, Ladi and his brothers had been engaging in a dispute over his properties.

When the matter got to the Supreme Court, Sylvester Ngwuta, a former Supreme Court justice, advised them to go and settle the dispute out of court.