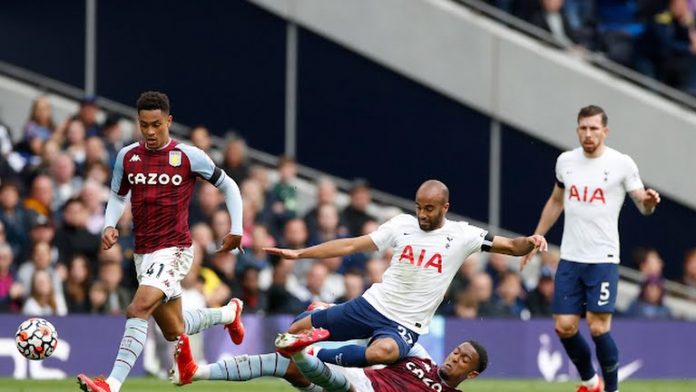 Tottenham picked up their first league win since the end of August thanks to a Lucas Moura winner.

After a bright start from the home side, they got the goal they deserved when Aston Villa gave Pierre-Emile Højbjerg far too much time on the edge of the area and he picked out the bottom corner with ease.

But on 67 minutes, Villa’s good second-half pressure paid off when they cut Spurs open on the left and Ollie Watkins bundled in from close range.

However, they gave up the lead almost instantly when Heung-min Son beat Kortney Hause far too easily before crossing for Lucas to notch the winner which moves his side up to eighth, while Villa stay 10th.