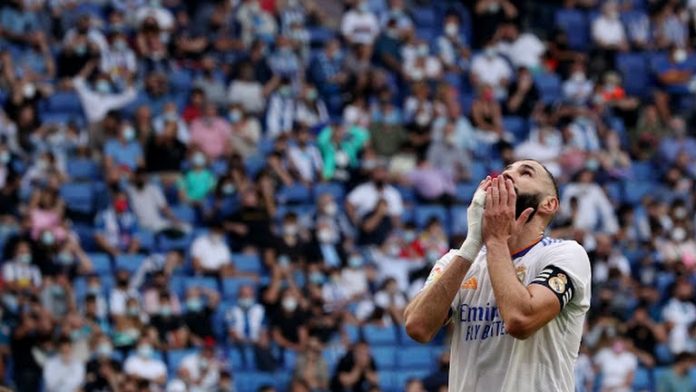 Espanyol have beaten La Liga leaders Real Madrid 2-1 in a home matchup at the Cornellà-El Prat Stadium on Sunday afternoon.

Espanyol had taken the lead early in the first half through a Raúl de Tomás goal in the 17th minute. The forward rifled the ball home from close range after receiving a simple cross from Embarba. Espanyol soon made it 2-0 through ex-Barca man Aleix Vidal’s 60th-minute finish at the near post after a quick setpiece.

Karim Benzema attempted to inspire a comeback when he scored in the 71st minute, unfortunately for the Madrid side, however, the game fizzled out largely uneventfully, handing Espanyol a famous win.

[READ ALSO] Ligue 1: PSG drop points for the first time this season in 2-0 loss to Rennes

Sunday’s loss means Real Madrid have now dropped points in two consecutive league games. Madrid had endured a laborious game vs Villareal on matchday 7. Neither team registered a goal, and Madrid were forced to share the spoils.

Despite the loss, Los Blancos have remained atop the League table, despite the fact that they have picked just one point from their last two games. But Real Sociedad have a chance to claim the top spot this evening if they win against last-placed Getafe at the relegation-threatened team’s home stadium Coliseum Alfonso Pérez.