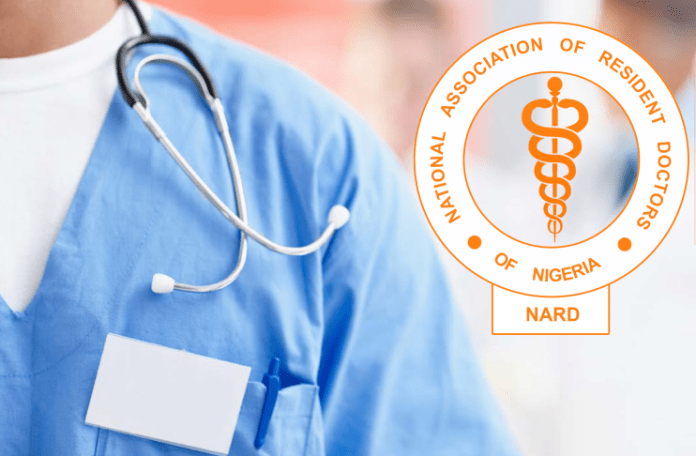 The National Association of Resident Doctors has called off its two-month nationwide strike.

The announcement was made on Monday by NARD President Godiya Ishaya while briefing journalists.

According to him, the strike which began August 2 has been suspended with effect from Wednesday morning.

He explained that the association took the decision to suspend the industrial action due to a simple majority vote of members at a meeting held on Sunday.

Ishaya, however, stated that the strike has been suspended for six weeks to allow the Federal Government to address the issues raised by the doctors, Channels TV reports.

He said while most of the issues that led to the nationwide strike still remained unaddressed, the association decided to suspend the action for the period because of interventions from the President, the National Assembly, and the leadership of the Nigerian Medical Association (NMA).

The strike, which began on August 2 to protest the issues affecting members, has left many patients helpless in government-owned hospitals within the period.

On its part, the government had convened several meetings with the association, in a bid to get the doctors back to work.

But the action of the government has failed to resolve the impasse with both parties trading accusations in the media, leading to a suit filed at the National Industrial Court in Abuja.

Justice Bashar Alkali, who presided over the matter, ordered the resident doctors to suspend their strike and return to work immediately, pending the determination of the substantive suit.

He directed parties in the matter to return to the negotiating table, saying no amount of money could compensate for the loss of lives as a result of the impasse.

Rather than ask members to return to their duty posts, NARD instructed its lawyers to file necessary processes to appeal the ruling.

Barely three weeks after the ruling, 56 officials voted for the suspension of the strike, against 28 others who wanted the strike to continue.