US dollar strengthens after four consecutive weeks of advances 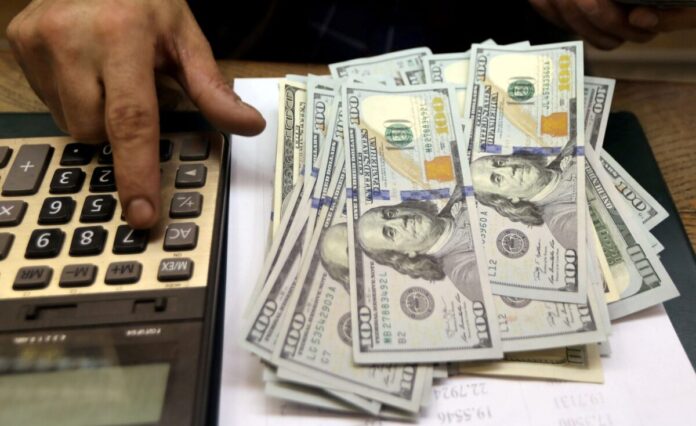 The dollar consolidated gains against its rivals on Monday after four consecutive weeks of increases as widening concerns about the Chinese property sector and firm U.S. Treasury yields have encouraged hedge funds to ramp up their long positions.

After spending the second quarter of 2021 on the back foot the dollar has received a fresh boost in recent weeks, climbing to its highest levels in a year against its rivals last week as top investment banks have revised up their forecasts.

Every other major currency weakened against the greenback last week with traders now firmly eyeing on the U.S. jobs data for September due on Friday to decide on whether the Fed will press the button on its decision to taper its bond purchases.

“The dollar’s recent gains boil down to three sources: bets that the Fed will begin its rate hike campaign next year, investors searching for shelter from the equity market storm, and hopes the U.S. economy is heavily shielded from the global power crisis,” said Marios Hadjikyriacos, a strategist at brokerage XM.

Citigroup strategists expect more upside in the dollar due to challenges in the Chinese real estate sector, higher U.S. yields not driven by a global economic recovery and the negative impact for energy importers.

Shares in embattled developer China Evergrande were halted in Hong Kong, rekindling market nerves about the possibility of contagion.

A bullish dollar is also supported by Kit Juckes, a strategist at Societe Generale, who is bearish on the euro.

The dollar’s gains were more pronounced against some of its top rivals with the greenback scaling a 14-month high on the euro and a 19-month peak versus the yen last week as markets reckoned U.S. interest rates could rise ahead of global peers.

Versus a basket of its rivals, the dollar was broadly steady at 93.96 after gaining for four consecutive weeks, its biggest rising streak since late June, according to Refinitiv data.

Latest weekly positioning data showed hedge funds have increased their dollar holdings against its rivals to its highest levels since November 2019.

The dollar’s gains has also infused life in the moribund currency volatility markets with a gauge measuring daily swings rising to its highest levels in 2-1/2 months at 6.2%.

With Chinese markets shut for a holiday, traders attention will be firmly focused on monthly U.S. jobs data on Friday that analysts believe will pave the way for U.S. policymakers to strike a more hawkish tone. Yields on benchmark 10-year U.S. Treasury debt were holding near their highest levels in more than three months at 1.47%.

Friday’s U.S. labour data is expected to show continued improvement in the job market, with a forecast for 460,000 jobs to have been added in September – enough to keep the Federal Reserve on course to begin tapering before year’s end.

“The market senses that if U.S. employment data stay robust in coming months, Fed rate hikes may not be too far behind an end to tapering in 2022,” Credit Suisse strategists said in a quarterly outlook note.