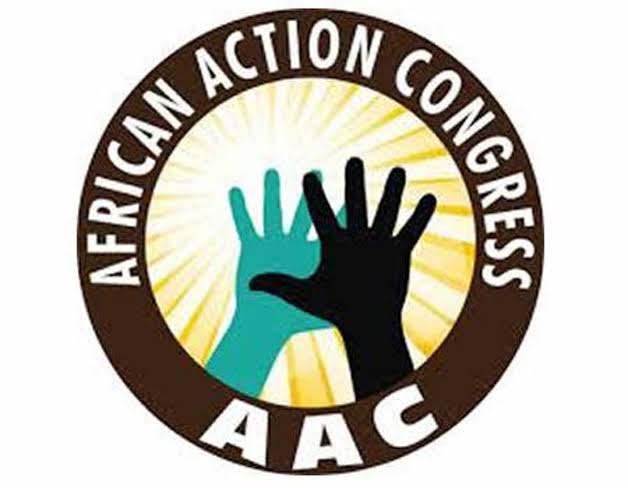 The African Action Congress has asked Nigerians to call for the resignation of President Muhammadu Buhari for failing woefully to protect the lives of Nigerians.

The party said this on Monday while commemorating the nation’s 61st independence anniversary.

In a statement issued by the AAC’s spokesperson, Femi Adeyeye, the party decried the situation in the country, especially the rising spate of killings, and grinding hardship witnessed across the country.

Adeyeye said, “There are no milder words to put the state of the nation, other than disarray, confusion, cannibalistic, reeking incompetence of the highest order and backwardness.

“Despite the 22 years of uninterrupted civil rule, the average Nigerian cannot boast of any dividends of the much-touted democracy. He has been left to cater for himself in all forms of human survival.

“Recent of all the darts thrown at him is the sermon that he should find a way to defend himself against violent attacks by different types of terrorists the government has found comfortable names for – ‘bandits’, ‘killer herdsmen’ and ‘unknown gunmen’.

“To score the Buhari regime on its failure to fulfil any of its promises to the mass of our people would be a waste of productive time.

“In 2015 and again in 2019, the APC campaigned on three pillars – security, anti-corruption, and economy; the Buhari regime has failed woefully on all three.

“It is so unfortunate that there has not been any progressive realization of a safe and conducive space for all. Rather, Nigeria has retrogressed under the Buhari regime and it is now the third most terrorised country In the world”.

“As glaring as an albino in daylight is the abuse of power, gross attacks on human rights vis-à-vis rights to freedom of expression, of association, to hold thoughts, beliefs and conscience, flagrant disobedience to court orders, laced with irritating impunity.

“There is no gainsaying that the unpopular regime is afraid of any gathering of the people. From trying to attack social media, to the ban of Twitter, the draconian broadcasting codes, asking Civil Society organisations and NGOs to pay tax, the regime keeps sinking the country and it is preventing any engagement whatsoever and wherever that is geared towards saving what’s left of the country.”

The AAC said it believed that the unity of Nigeria was negotiable and must be negotiated within the ambit of the law that affords equity, fairness and social justice.

One the way forward, the party called on Nigerians to be more active in the struggle for political power. They also listed out demands the government should give immediate attention to.

It said, “We demand the immediate and unconditional release of all political prisoners, Omoyele Sowore, Nnamdi Kanu, Sunday Adeyemo (Sunday Igboho), and all #EndSARS protesters who are still unjustly languishing in detention centres across the country.

“We hope the regime will toe the path of civility, reason and logic to release these persons before the 20th of October, 2021 which marks the anniversary of the killing of peaceful protesters which is now known as the Lekki Massacre.

“Immediate halt to borrowing, until a serious and independent audit of the earlier received loans are done.

“The trashing of the accidented Electoral Act 2021 (amended) that gives allowance for fraud and hijack of the electoral space by money-bags. For an Act that allows full electronic transmission of results.

“Also, a call for a national conference of Nigerians drawn from all ethnic nationalities, religious and cultural orientations, gender classifications and age differentiation, towards establishing a progressive, socially just, economically equitable, and ecologically sustainable society, is imminent at this time.”