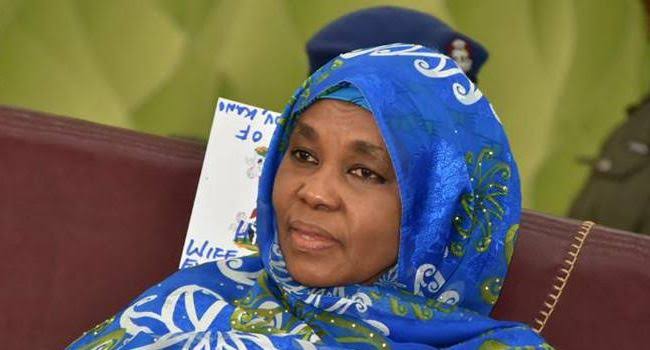 Mrs Hafsat Ganduje, the wife of the Kano State Governor, Abdullahi Ganduje, has been released by the Economic and Financial Crimes Commission.

The EFCC had earlier on Monday arrested Mrs Ganduje on the strength of a petition against her by her son, Abdualzeez.

Reports say Mrs Ganduje had failed to honour the anti-graft commission’s invitation to appear at its Abuja headquarters on September 13, prompting investigators to move in on her, to effect her arrest on Monday.

However, The Guardian reports that the governor’s wife has been granted temporary reprieve allegedly due to the influence of her husband.

According to a source, the Kano State first lady was drilled over an alleged illegal hijack of landed property worth billions of naira.

Governor Ganduje, who accompanied his wife to the EFCC headquarters, was said to have influenced her eventual release.