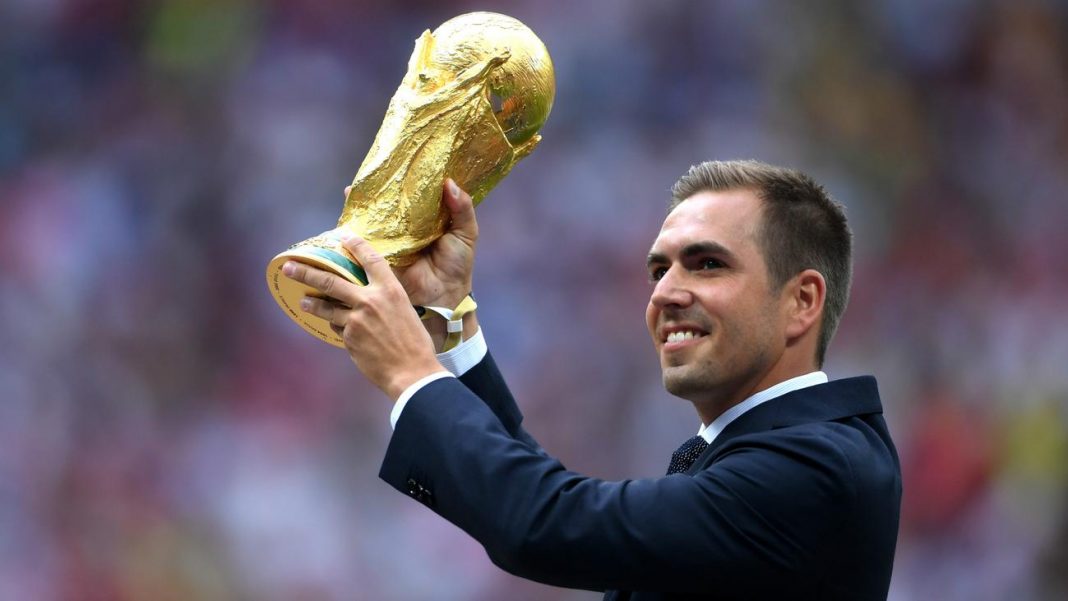 Former Germany captain Philipp Lahm, the tournament director for the Euro 2024 finals, said on Tuesday he is opposed to the controversial idea of staging a World Cup every two years.

“I find the current rhythm should remain as it is,” said Lahm, who captained Germany to their 2014 World Cup triumph and retired from all football in 2017.

The 37-year-old wants FIFA to keep the current cycle of a World Cup every four years with a two-year gap between the global finals and the European Championship.

“As a player I always felt happy with it and as a fan I find it good that there is a major tournament” – either a Euro or World Cup finals – “every two years”.

“I am totally convinced that things should stay as they are.”

Last Thursday, world football’s governing body FIFA held the summit with its 211 member federations in an attempt to rally support.

The German Football Association (DFB) has said it is opposed to the plans.

Lahm was at Berlin’s Olympic Stadium Tuesday at the launch of the Euro 2024 finals which kick off in just under 1,000 days.

READ ALSO: I didn’t stay in PSG because of Messi – Kylian Mbappe

Germany will be sole hosts for the 2024 finals, unlike this summer’s ‘Euro 2020’ finals – delayed by a year due to the Covid-19 pandemic – when the championship was spread across the continent in 11 cities.

The Allianz Arena will be used for the second consecutive European Championship having staged three Euro 2020 group matches and a quarter-final.

A crowd of only 14,000 was allowed to attend Euro 2020 matches in Munich due to hygiene regulations in Bavaria and the local fan zone was closed.

In contrast, Lahm hopes the Euro 2024 finals will see Germany host “a great football party” and wants to see the national German team win the title.

As hosts, Germany have already qualified and qualification for the Euro 2024 finals will take place from March to November 2023.