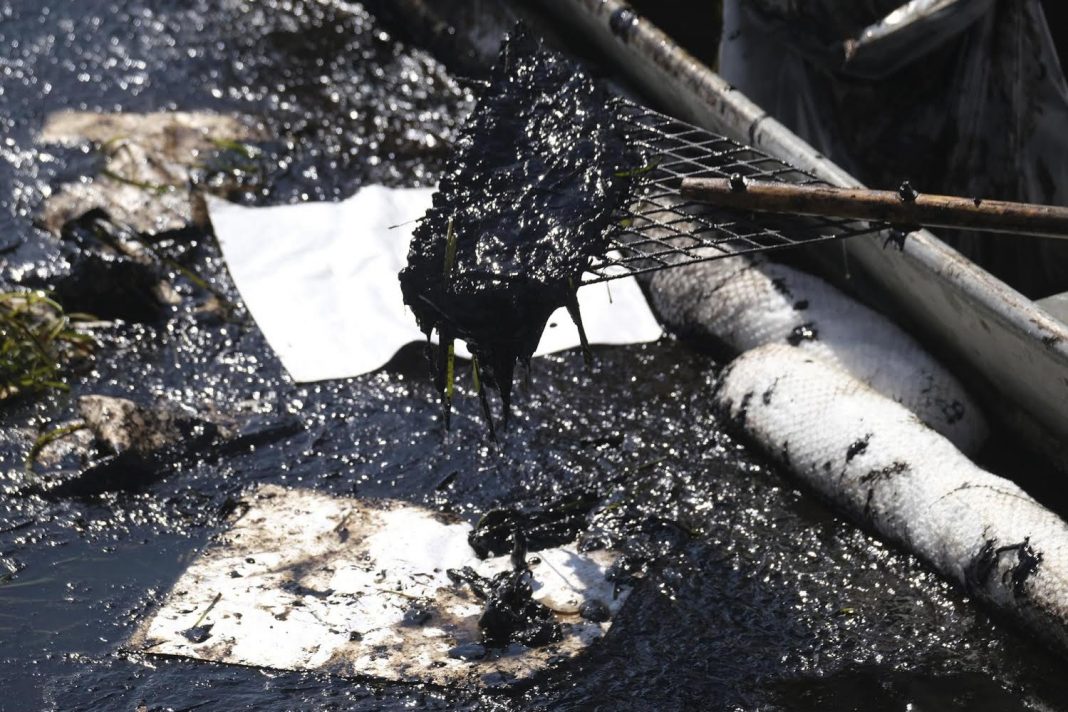 Crews on the water and on shore worked feverishly to limit environmental damage from one of the largest oil spills in recent California history. 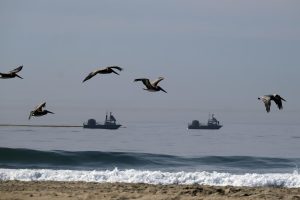 People said they noticed an oil sheen and smell of petroleum Friday evening, but it wasn’t until Saturday afternoon that the Coast Guard said an oil slick had been spotted. 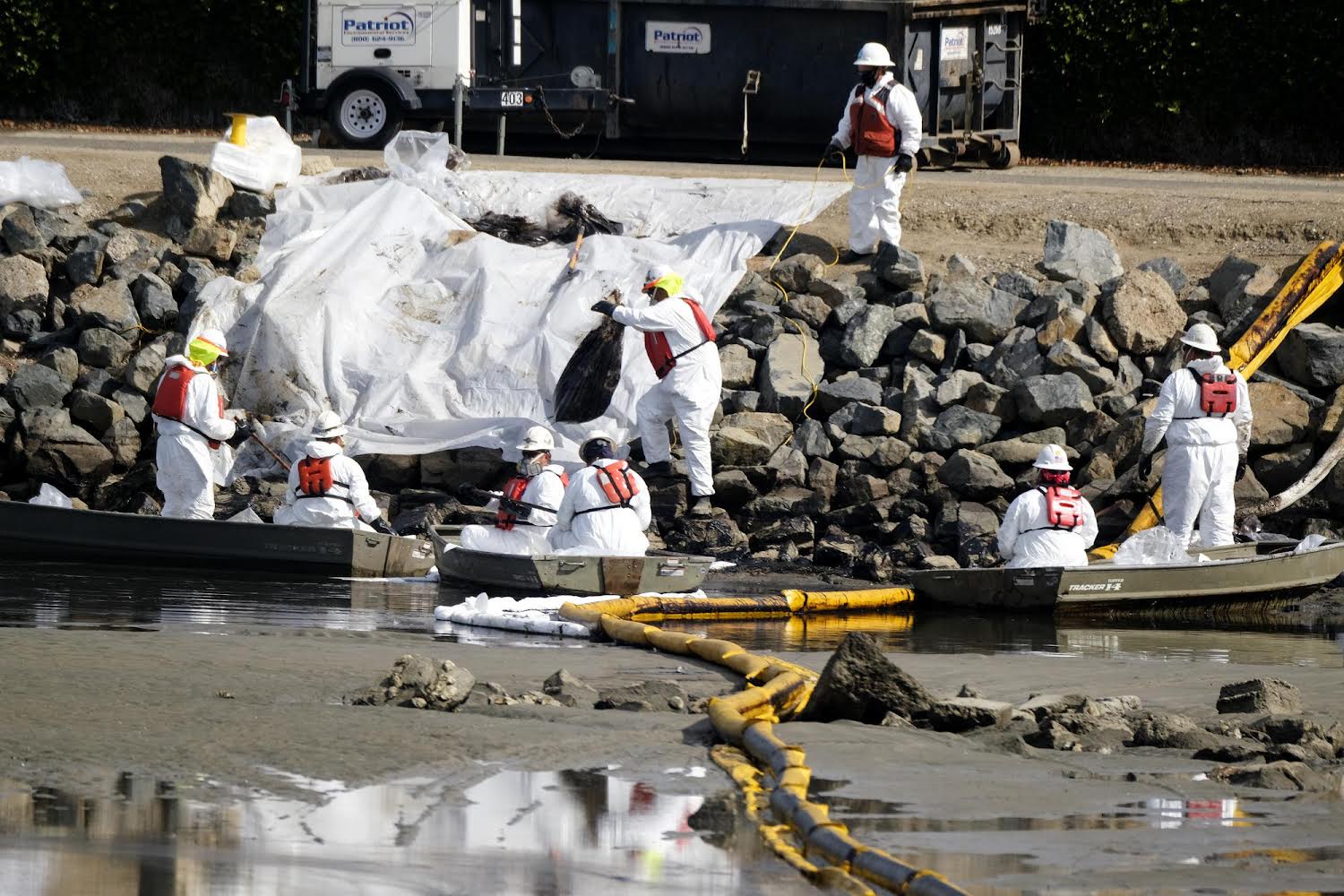 Amplify Energy CEO Martyn Willsher said Sunday that divers were still trying to determine exactly where the leak occurred in its underwater Southern California pipeline. The pipeline and three oil platforms it serves have been shut down.

Photos show patches of oil coating the sand, signs warning people to stay off the beach and cleanup contractors in white outfits using skimmers and barriers to try to contain and clean the spill. 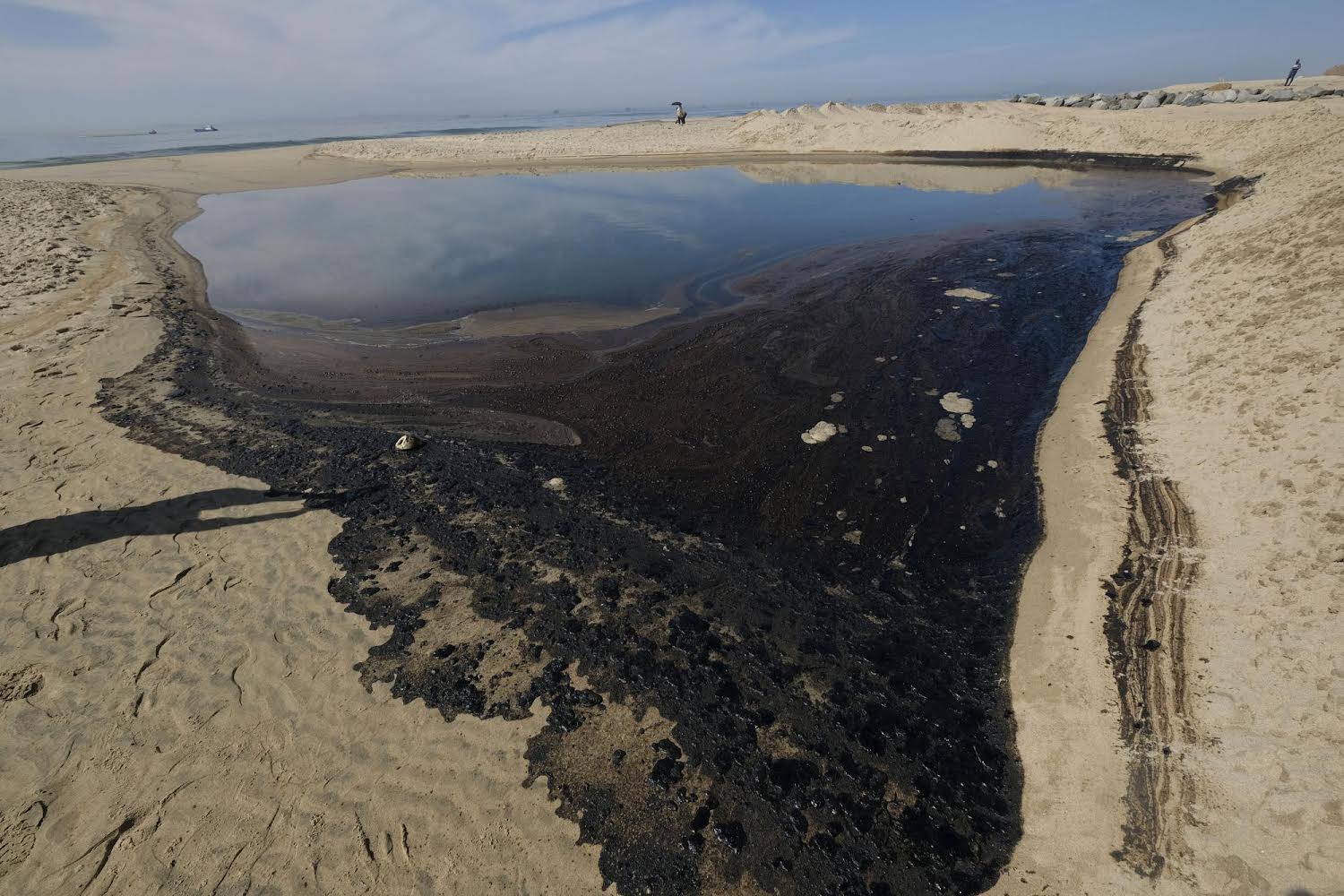 The oil will likely continue to wash up on the shore in several communities for days, officials said. Huntington Beach Mayor Kim Carr said the city’s beaches could remain closed for weeks or even months.

The area affected by the latest spill is home to threatened and endangered species, including a plump shorebird called the snowy plover, the California least tern and humpback whales.