We have left South-East, yet they have no peace – Miyetti Allah 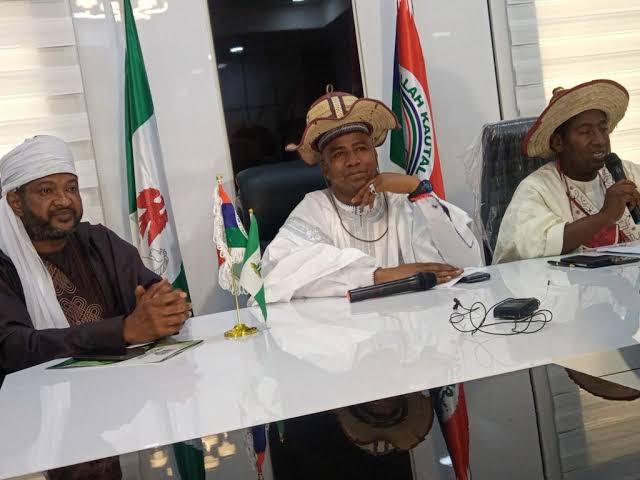 Fulani herdsmen under the aegis of the Miyetti Allah Kautal Hore say despite their departure from the South-East, the region has continued to witness insecurity.

The spokesman for the group, Saleh Alhassan, stated this on Tuesday in a chat with Punch.

Alhassan said that the development was evidence that Fulani herders were never the problem.

He said that there was no more open grazing in most parts of the South-East but only cattle trading, adding that the cows being sold in the South-East mostly belong to Igbo traders.

Alhassan stated, “That nonsense you see in the South-East is a manifestation of frustration. They will continue burning their cities, killing themselves.

“Now that the herders are not there, they are still killing themselves. Sometimes they wear Fulani attire to commit heinous crimes.

“Now that the herders are not there, are they having peace in the East?”

Alhassan added that the constant sit-at-home orders given by the Indigenous People of Biafra which were being violently enforced had led to the loss of cattle, hence the exit of Miyetti Allah.

“Those Biafrans are shooting and killing their animals. Those making noise in the media are cattle traders. They will not go anywhere. The cows you see there now belong to the Igbo,” he stated.

The Miyetti Allah spokesman said the group would not obey the anti-open grazing law being passed in most parts of the South because open grazing remains a way of life.

He said that the group would sue all the states enforcing the law to court, would also take political and spiritual steps on the matter.

“First, we take legal action; secondly, we’ll seek a political solution and then spiritual. We will invoke the wrath of God on those opposing the open grazing law,” Alhassan said.

He argued that the blanket ban on open grazing in the South was connected to the 2023 elections and was a ploy by southern governors to force their northern counterparts to negotiate for the presidency amid the raging debate on zoning.

Alhassan, however, vowed that the group would never support the presidential ambition of any governor that is enforcing the ban on open grazing.

He said a governor like Rotimi Akeredolu of Ondo State who is at the forefront of enforcing the ban on open grazing should forget about getting their support.

When asked why herders are not embracing ranching, the Miyetti Allah spokesman argued that ranching was expensive and could not be done overnight.

He advised governors to set up ranches and then lease them to herders rather than ban open grazing without providing an alternative.