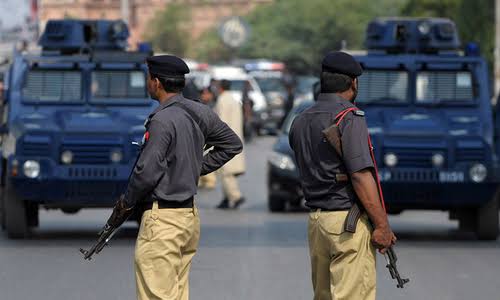 A police officer who was manning a roadblock at Ushewekunze turn off reportedly died after he was knocked down by a Toyota Hiace on Saturday morning.

It is alleged that a 26-year-old Yutong bus driver failed to stop at the roadblock due to speeding. The bus reportedly hit a Toyota Hiace which then hit the police officer who was taken to Sally Mugabe Hospital where he died upon admission.

“The ZRP warns motorists against speeding especially when approaching checkpoints and rdblocks. This follows a fatal RTA which occurred on 2/10/21 (0503 hrs) at a Police rdblock near Ushewekunze turn off, along S Mazorodze Rd, where a police officer manning the rdblock died.

A man (26) driving a Yutong bus failed to stop at the roadblock due to speeding and hit a Toyota Hiace vehicle which in turn collided with a Honda Fit vehicle.

As a result, the Toyota Hiace vehicle swerved and knocked down a police officer, who later died upon admission at Sally Mugabe Hospital.

“Telling people to slow down on social media is not that effective. Be visible, have enough signage. Promote road safety by putting safety first.policing is not about catching people out.”

“No to Armbush by police. Please have all signs and reflective warnings. Stop lights are essential. Mt Darwin Road, Police just emerged from the bushes.”

“Be visible, put warning signs, not that black and white matel plate “police”, don’t put your full body to stop a vehicle.”