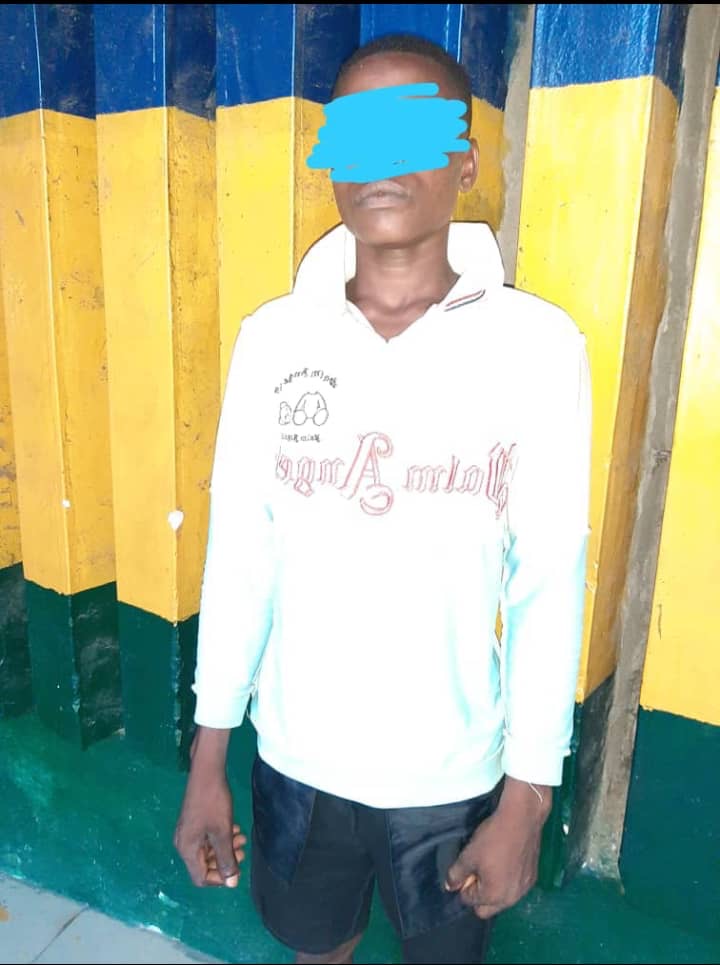 Adenupebi landed in the police net for sexually assaulting a 9-year-old minor(name withheld) who lives on the same street with him.

In a statement issued by the Lagos Police Command spokesperson, CSP Adekunle Ajisebutu on Wednesday, Adenupebi was arrested after the little girl’s elder sister noticed bloodstains on all over her (survivor’s) thigh at about 7 p.m on October 1st.

The alarmed elder sister queried, and the little girl divulged that the suspect sexually assaulted her, and warned her against telling anyone including her parents.

READ ALSO: I raped my daughter because I wanted her to remain single  man jailed for 29 years

Following the report made at the Akodo Police Division by the victim’s father, detectives immediately arrested the suspect.

And according to the police upon interrogation, the suspect confessed to the crime and pleaded for leniency.

“The Commissioner of Police, CP Hakeem Odumosu, has directed that the suspect should be transferred to the Gender Unit of the State Criminal Investigation Department for further investigation and prosecution,” Ajisebutu said.

“Meanwhile, the victim has been taken to the hospital for medical treatment.

“The CP who condemned this criminal act admonishes parents and guardians to keep an eye on their wards particularly the female children to avoid being sexually violated by shameless and irresponsible men preying on innocent female victims in the neighbourhood,” he added.