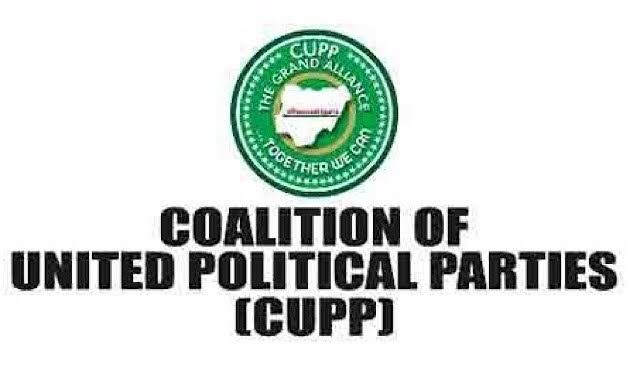 The Coalition of United Political Parties has raised the alarm over what it called credible intelligence at its disposal about alleged moves to derail the 2019 general election.

Ugochinyere alleged that there were plans to force Nigerians to either accept that there would be no electronic transmission of results or the Electoral Act amendment process would not be completed in good time for the President to assent to it for use during the 2023 elections.

He said, “The information at our disposal includes the alleged late-night exchange of ‘incentives’ to most of the National Assembly members in the Harmonisation Committee to see to it that the electronic transmission of results does not see the light of the day.

“This is an insult on the sensibility and sensitivity of the Nigerian people, noting that this process of Electoral Act amendment commenced since 2016 and has not been completed 5 years after.

“The National Assembly members have agreed to drag this process and get up to their next year’s annual vacation by which time, whereupon a claim that by the ECOWAS treaty electoral laws cannot be amended less than six months to elections, the process will terminate like they did for the 2019 elections – but this time with the possibility of throwing the country into a constitutional crisis.”

Ugochinyere said that “Nigerians want electronic transmission of results, INEC is ready for it and has accepted it has the capacity for it and the position is immutable.”

The CUPP spokesman said Nigerians would resist any attempt to rob the Independent National Electoral Commission (INEC) of its constitutionally guaranteed independence by way of subjecting any of its activities to the political whims and caprices of the Nigerian Communications Commission NCC).

“We warn the National Assembly members that God will condemn them and humanity will condemn them if they doctor the Electoral Act amendment process and remove the electronic transmission of results, or if they refuse to complete this process within a reasonable time,” he added.