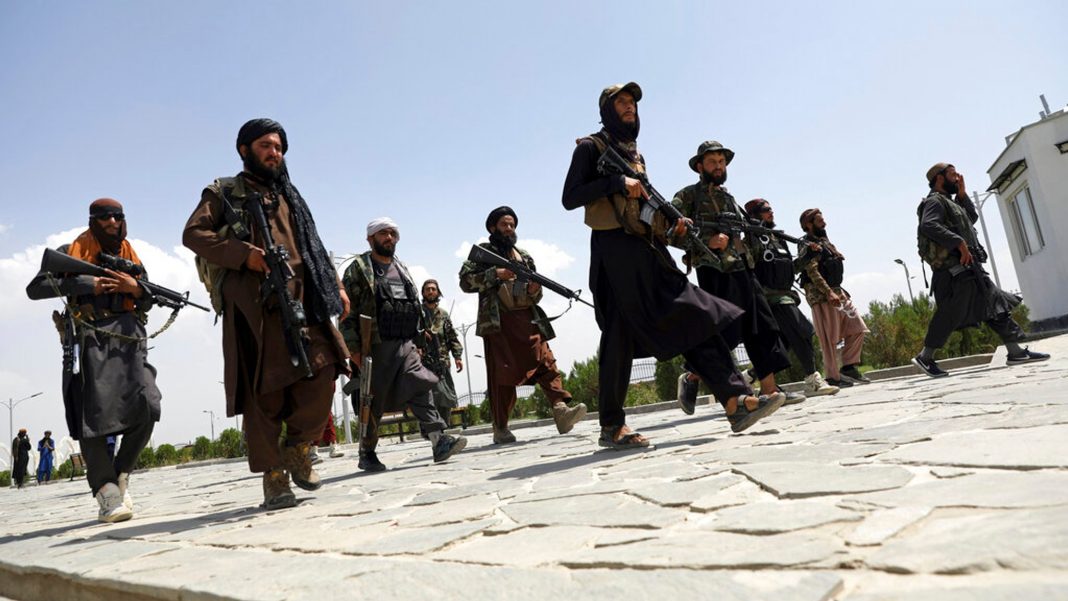 The raid, in Paghman district just outside the Afghan capital, followed a bomb attack on a mosque on Sunday claimed by Islamic State, which has mounted a series of operations since the Taliban seized power in Kabul in August.

As well as the four prisoners, the raid yielded quantities of weapons and documents, Taliban spokesman Zabihullah Mujahid said in a message on Twitter.

The return of Islamic State’s local affiliate, just as the new government is grappling with a potentially catastrophic economic crisis, has added to the problems facing the Taliban.

The Taliban say they have complete control of the country following the collapse of the Western-backed government of President Ashraf Ghani in August.

But remnants of opposition forces made up of former members of the Afghan army and local fighters, under the banner of the National Resistance Front of Afghanistan continue to hold out in Panjshir province, north of Kabul.

Mujahid and other Taliban spokesmen have dismissed suggestions of a threat from Islamic State, saying the group has no roots in Afghanistan. But Wednesday’s arrests showed it has not been completely eliminated.

Sunday’s bomb attack was followed by a prolonged gun battle in the north of Kabul during which an Islamic State cell was destroyed, Taliban officials said.

Islamic State Khorasan Province, which takes its name from an ancient name for the region, first emerged in Afghanistan in early 2015. It has clashed repeatedly with the Taliban over economic and ideological differences including the Taliban’s rejection of its ideology of global jihad.