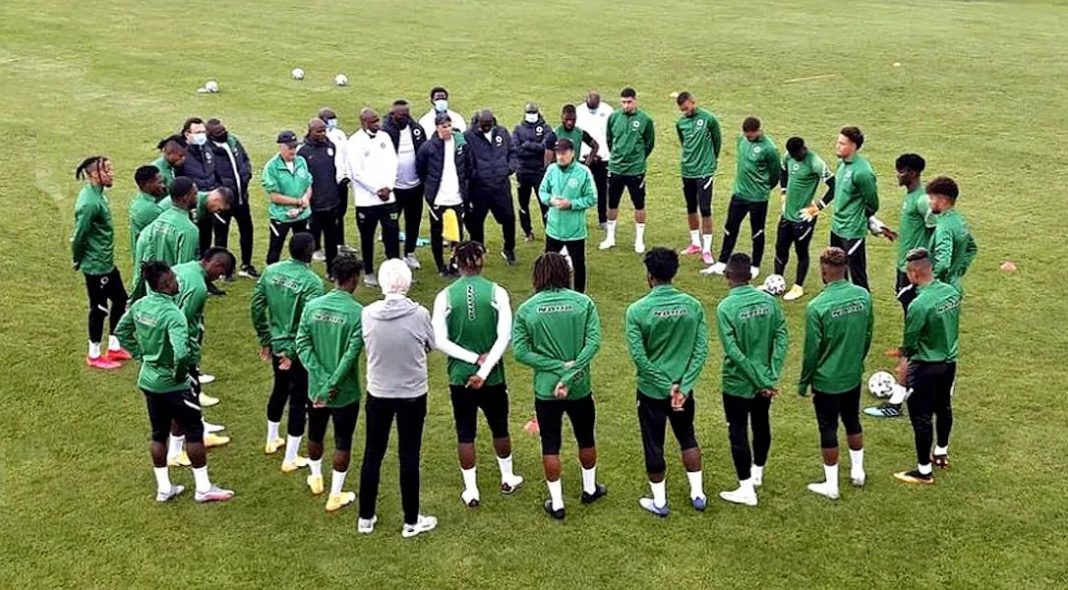 The Super Eagles’ camp has come up with an interesting slogan of ‘four Days, two Matches, six Points’ ahead of FIFA World Cup Qatar 2022 encounters against the Les Fauves of the Central African Republic, scheduled for Lagos, Nigeria on Thursday and Douala, Cameroon on Sunday.

Within the four days, the Group C encounters of Days 3 and 4 between both teams will be accomplished, with the CAR hosting the return in Cameroon’s coastal city after the Confederation of African Football ruled that no football field in the Central African Republic is fit and proper for international matches.

The slogan is a manifestation of the aspiration of the three –time African champions to collect all six points in the two matches over the four days, that will ease their passage into the single knockout round of the qualifying race to Qatar.

Skipper Ahmed Musa said, “We have a mission, which is to collect all the six points from the two matches and make things easier for ourselves in the last two matches against Liberia and Cape Verde. Then, we can focus on the knockout matches of March next year.”

All 23 players invited by Technical Adviser Gernot Rohr are now in Lagos following the arrival of goalkeeper Maduka Okoye.

“The Nigerian contingent will fly into Douala on Saturday morning, for the game that will start at 2pm Cameroon time on Sunday, and fly to Abuja immediately after the game.

“Thursday’s encounter will start at 5pm. The Confederation of African Football has permitted the NFF to admit only 5,000 spectators at the game inside the Teslim Balogun Stadium,” NFF said in a statement