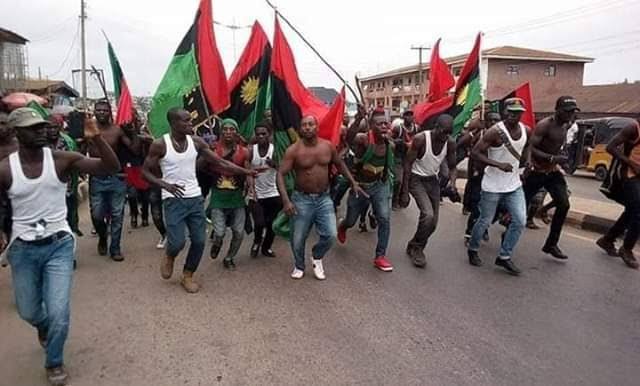 The Indigenous People of Biafra has reacted to the clampdown on its sit-at-home order by the Southeast governors.

IPOB had ordered people of the Southeast to sit at home every Monday following its leader Nnamdi Kanu’s arrest in June.

But on Tuesday, the governors issued a communiqué abolishing the sit-at-home order.

Reacting, IPOB spokesman, Mr Emma Powerful, on Wednesday said Southeast governors could not stop the sit-at-home order in the region.

Speaking with newsmen, Powerful said the sit-at-home order was the only way people of the region could express their displeasure with the brutality by the Nigerian security agents in the Southeast.

He re-emphasised that the Monday sit-at-home had been cancelled, adding that those enforcing it are not IPOB members.

Powerful said, “South-East governors cannot stop the wishes of the people because they have failed the masses and sit-at-home is the only way our people show their displeasure that they are tired of Nigeria and its security brutality in our territory. South-East governors have no stand to stop it.

“IPOB can only stop sit-at-home because they initiated it. We stopped Monday sit-at-home because we found out the implications on our people, but the Nigerian Government and their politicians hijacked it and killed people to implicate IPOB worldwide.

“Very soon, they will understand how we will handle it because we have discovered all their antics and gimmicks. IPOB will not allow that to continue.

“So South-East governors cannot do anything unless IPOB and the public do. We still stand on no more Monday sit-at-home and anybody enforcing it is not IPOB. They will get their reward soon; our people should stop Monday sit-at-home because IPOB has stopped it openly, and we are not going back on that.

“Last Monday, Hope Uzodinma recruited some hoodlums who were attacking people in the name of IPOB in order to implicate us as a violent group which is not and that attack was not from IPOB security.”