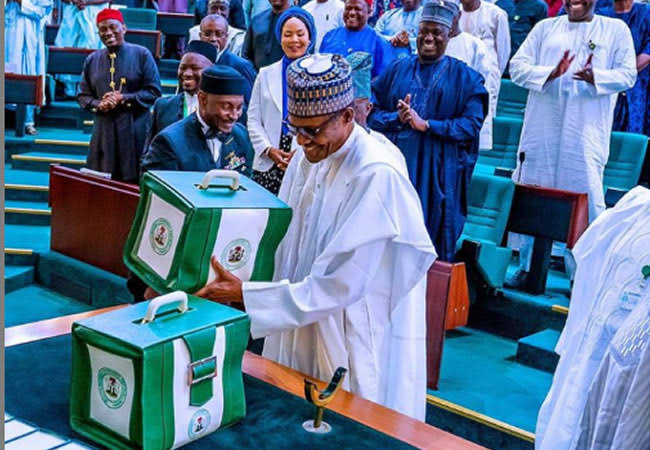 Buhari had on Tuesday written to both the Senate and the House of Representatives to notify the chambers of his intention to present the Federal Government budget on Thursday.

By Wednesday, the premises had begun to wear a new look especially along the route the President takes from the Presidential Villa to the White House section of the complex, which houses the chambers.

The ceremony is to take place at the House chamber, which has a bigger capacity to contain the 469 members of the parliament, members of the Federal Executive Committee and more.

According to Punch, private businesses including banks and restaurants in the complex are closed for the day.

Only accredited members of staff, especially those in critical departments, and journalists are allowed in.

Even with the accreditation, journalists without a special tag for the event are not allowed into the venue.