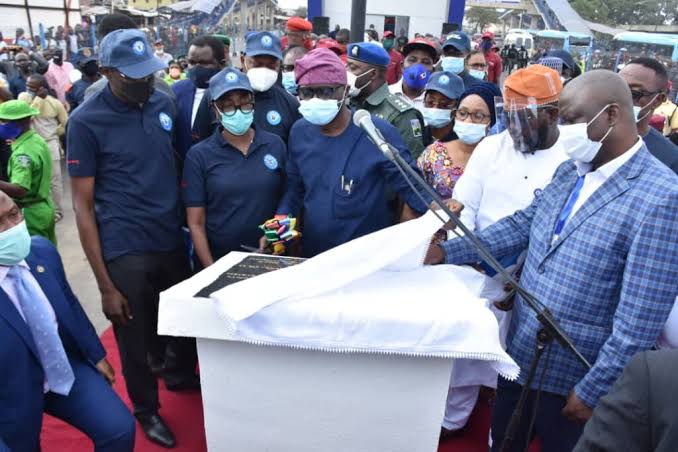 Ikeja – the political unit of the National Leader of the All Progressives Congress (APC), Asiwaju Bola Ahmed Tinubu – literally stood still on Thursday for the formal launch of the Southwest Agenda 2023 (SWAGA ‘23) in Lagos State.

Governor Babajide Sanwo-Olu joined the political machinery in the State to host the carnival-like event held at the 10 Degree Event Centre in Oregun and attended by political leaders from all divisions of Lagos.

SWAGA, a group being led by Senator Dayo Adeyeye, is a political movement building a support base for the former Lagos State Governor in anticipation of his interest to contest in the 2023 presidential election.

Sanwo-Olu was accompanied by all members of the State Executive Council, lawmakers in the State House of Assembly, and members of Conference 57 to formally unveil the political group.

Declaring total support for the group’s agenda, Sanwo-Olu said SWAGA was formed based on the belief in Tinubu’s vision and political philosophy that prioritise development of human capital and economy.

The Governor described the APC National Leader as a “core political thinker” of the contemporary generation, noting that Tinubu’s constituency in progressive politics stood him out as a beacon and rallying figure capable of delivering directional leadership to the country in the next dispensation.

He said, “Asiwaju Tinubu’s story has been a legend in vision, passion and action. These three values stand him out among his contemporaries in national politics today. It is no wonder the man stretches his arm of fellowship beyond Lagos, the State he led for eight years as a Governor and in which he bequeathed the legacy we are building on. He is nationalist in thinking and progressive in action.