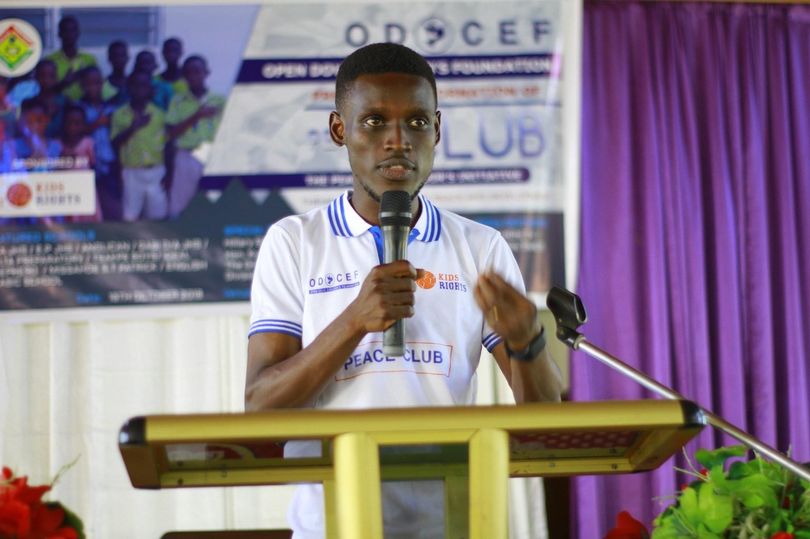 Enoch Opare Mintah has been nominated for a prestigious award as a result of his work.

A Lincoln student who moved to the UK from Ghana has been recognised for his work in trying to improve the education of children in his home country.

Enoch, 30, who lives with his wife and two-year-old daughter, first came to the UK in 2017 and has been involved with projects that have resulted in thousands of educational items and library books being donated to Ghana.

Last year, Enoch began studying the MSc Governance course at the University of Lincoln and he and his family lived in the city while did so. 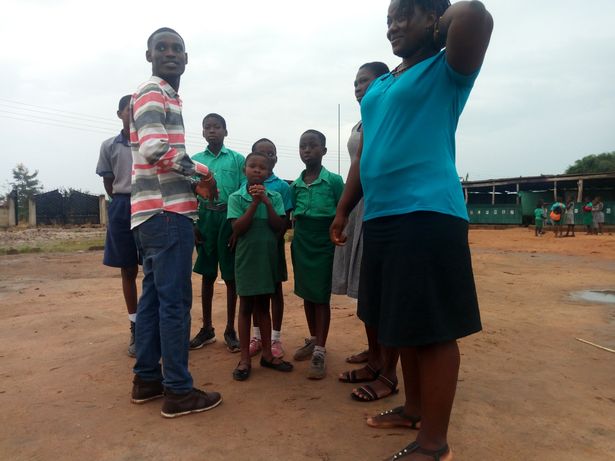 Enoch told Lincolnshire Live: “I have been working in the non-profit sector for ten years now and the reason I started doing the work had to do with my experience of seeing people who didn’t do well because of their learning environment in Ghana.

“The experience I had was that they would have achieved more if they were in a learning environment that they enjoyed, and I promised myself that I would work to help unleash the potential that those young people actually have.”

As part of that work, Enoch built a partnership involving an academy in Bedfordshire where he was working as a supply teacher.

The partnership involved the Grange Academy providing its students with an opportunity to learn about a new culture, whilst children in Ghana were able to learn about the UK.

The partnership involved the Grange Academy providing its students with an opportunity to learn about a new culture, whilst children in Ghana were able to learn about the UK.

Additionally, the children in Ghana benefitted from more than 2,000 educational items and library books that were donated. 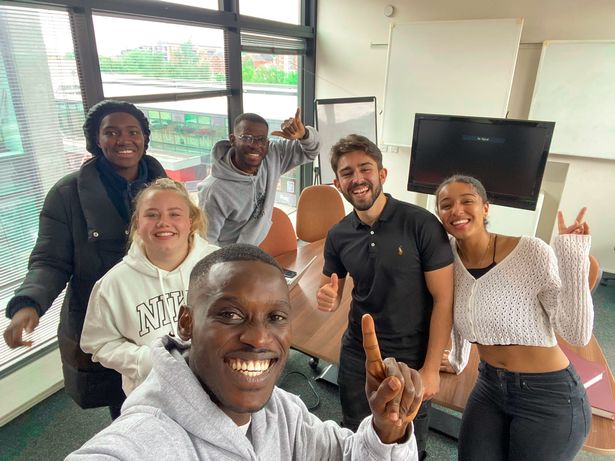 In recognition of his work, Enoch has been short-listed for the prestigious Chegg.org Global Student Prize for 2021, one of only two students in the UK to be so out of more than 3,500 who have been nominated across the world.

Speaking about his nomination, Enoch said: “I think it was one of the most humbling experiences of my life, and it marks ten years since I started my work in the sector.

“In terms of the experience of people in Ghana, imagine a textbook in a classroom that is kept in a school cupboard and then has to be shared by two or three children.

“Now compare that to someone in a well-to-do school who has far more materials to access and a library at home to fall back on.

“The chances of the second person doing well are far higher than the child having to share a textbook, but that real difference does exist.”

After completing his University of Lincoln course, Enoch is now living in Liverpool to begin an MBA course and eventually hopes to move back to Ghana.

He added: “Studying the course at Lincoln was really engaging but the beautiful thing about it was that it was done online, which meant that I was also doing my dad duties with my baby daughter.

“The ambition is for us to eventually move back to Ghana so that I can apply the skills I have learnt as a result of these courses to improving the learning environment for children there.”

The top ten shortlisted candidates will be revealed this month by a judging panel that includes Hollywood film stars Mila Kunis and Ashton Kutcher.

The winner will then receive a £100,000 award, which will be presented at a ceremony to take place in Paris this November.