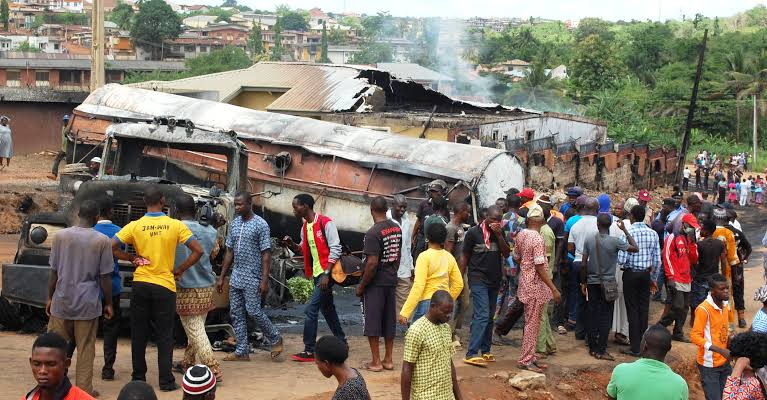 Nine persons died in an auto crash which occurred between Saturday and Sunday at the Kara Market area of the Ibadan-Iseyin highway.

He told the News Agency of Nigeria that 25 persons were involved in the crash which resulted from excess speeding by two commercial vehicles.

Okoduwa said those that died were six males and three females, while nine males and six females sustained varying degrees of injuries.

Only one occupant did not sustain injuries, he said.

He added that the dead had been deposited in a mortuary at a private hospital while those who sustained injuries were being treated at Our Lady Hospital, Iseyin.

Meanwhile, Oba Abdganiy Adekunle, the Aseyin of Iseyin, has called on motorists to value human lives and exercise patience while driving.

He made the call while mourning the victims of the auto crash.

Also, the Iseyin Development Union called on Oyo State government to erect speed breakers and necessary road signs at the Iseyin end of the Iseyin-Ibadan Expressway to forestall further the loss of lives.

Its president, Bayo Raji, said in a statement that the call became imperative as many lives and properties had been lost to road carnage on the newly-reconstructed 76-kilometre road.

He said, “Areas that have villages or markets where human and vehicular movements are always and have sharp bends need speed breakers to compel motorists to reduce speed.

“We pray for the souls of the dead in this ghastly accident and many more incidents that have claimed lives, limbs and properties due to excess speeding.

“We also appeal to government to please call the contractor that constructed the road to put speed breakers at critical points.”

Raji also called on the leadership of the Park Management System in the state to caution commercial drivers, especially as the year runs to an end.