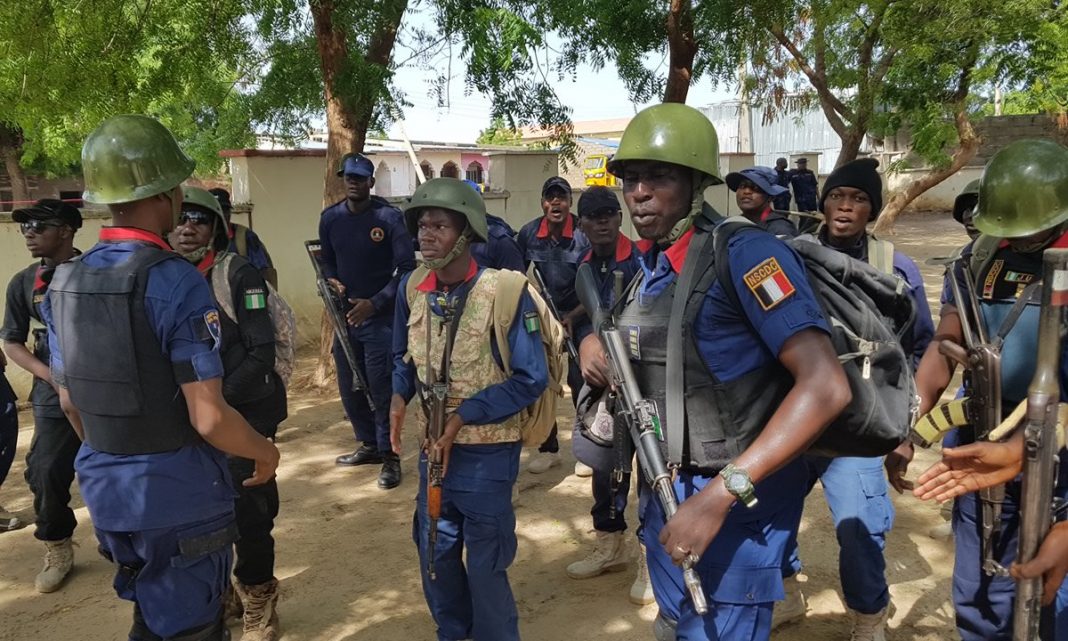 The Nigeria Security and Civil Defence Corps has said that some hoodlums are terrorising residents of Alapa in the Asa Local Government Area of Kwara.

This was disclosed in a statement issued by the Kwara Command’s Spokesman, Babawale Afolabi, and made available to the News Agency of Nigeria on Monday in Ilorin.

According to the NSCDC spokesman, two of the armed robbers were caught by the local vigilante, while others escaped. Afolabi said that there had been reports of the nefarious activities of armed robbers in some communities at Alapa town.

“The suspected robbers were fond of going around with dangerous weapons, attacking innocent people and dispossessing them of their belongings.

“One of such attacks took place on Oct. 9, at night, when some people were attacked with machetes and other dangerous weapons by the hoodlums.

“They made away with some money and other valuables, belonging to their victims,” Afolabi said.

The spokesman said that the two armed robbers that were caught by the local vigilante had been handed over to the NSCDC operatives at Alapa Divisional Office for necessary action. He said that efforts are ongoing to arrest other members of the gang and to maintain peace and stability in the area.