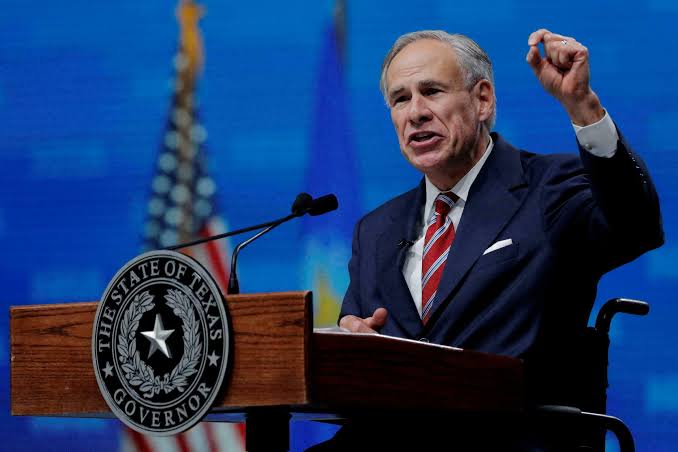 Texas Governor Greg Abbott is opposed to making Covid-19 vaccinations mandatory, with reports that several thousand people have already been fired after refusing to comply with the order.

In an executive order, he said: “In another instance of federal overreach, the Biden Administration is now bullying many private entities into imposing COVID-19 vaccine mandates, causing workforce disruptions that threaten Texas’ continued recovery from the COVID-19 disaster.”

He said “no entity in Texas” could compel proof of vaccination by any individual, including employees or customers.

The White House didn’t respond when approached by Reuters for comment.

Tech giants Facebook and Google, who employ large numbers in Texas, have reportedly told employees that they will need proof of vaccination if they want to return to the office.

And, American Airlines told its 100,000 US workers that they must submit proof of full vaccination no later than November 24.

It comes just months after Abbott signed an executive order against mandatory vaccines for people who work in government agencies, public schools, and universities.

He is also facing a challenge from Republican rival Don Huffines – who is running to become the next Texas governor.

Huffines, who is also opposed to vaccine mandates, said: “Greg Abbott knows which way the wind is blowing.

“He knows conservative Republican voters are tired of the vaccine mandates and tired of him being a failed leader.”

He said: “We’ve been patient. But our patience is wearing thin, and your refusal has cost all of us.

“The unvaccinated minority “can cause a lot of damage, and they are.”

The rules mandate employers with more than 100 workers require them to be vaccinated or test for coronavirus weekly, the Associated Press reports.

Around 17 million workers at healthcare facilities that receive Medicare or Medicaid will have to be fully vaccinated.

Biden imposed a vaccine mandate for employees and contractors who work with the federal government.

The mandates are part of Biden’s “action plan” to try and reduce Covid cases across the country.

He told CNN: “We’ve obviously been trying very hard. We try to get our trusted messengers out there and try and get this away from being an ideological or political statement, get back into the realm of pure public health, and try to convince people. But we know that mandates work.”

In August, the Pentagon said it would require all service members to receive the jab.

Lt. Col. Paul Douglas Hague said he wrote to his superiors saying he would be leaving his post after almost two decades of service.

In the letter, he said: “First, and foremost, I am incapable of subjecting myself to the unlawful, unethical, immoral and tyrannical order to sit still and allow a serum to be injected into my flesh against my will and better judgment.

“It is impossible for this so-called ‘vaccine’ to have been studied adequately to determine the long-term effects.”

Hague, who is based at Fort Bragg in North Carolina, also cited what he called an “ideologically Marxist takeover of the United States government at their upper echelons.

“I would like nothing more than to continue in the Army to reach my 20 years of active federal service and retire with my pension.

“However, I instead will join those who have served before me in pledging my Life, my Fortune, and My Sacred Honor to continue resisting the eternal and ever-mutable forms of oppression and tyranny – both from enemies outside our nation‘s borders and those within.”

The Sun has contacted the US Army for comment but didn’t receive a response.

Data from the Centers for Disease Control and Prevention reveals that around a million Americans every day are getting a coronavirus vaccine dose.

Coronavirus cases are also falling as around 93,000 infections were reported each day this week, according to data from Johns Hopkins University.