Five government aides defect from APGA to PDP in Anambra 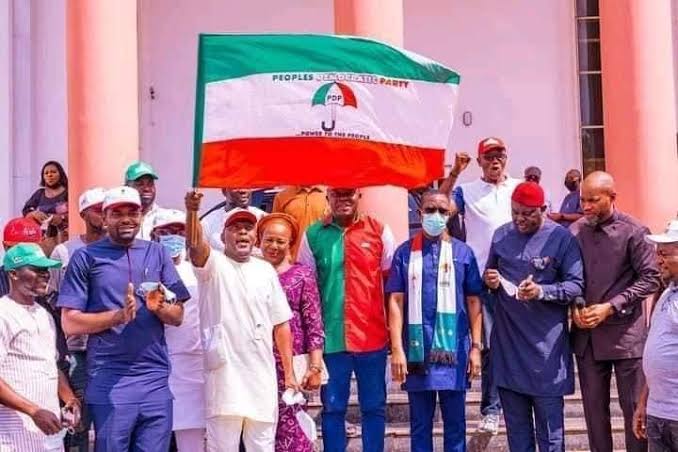 Five aides of Governor Willie Obiano of Anambra State have dumped the All Progressives Grand Alliance for the Peoples Democratic Party.

The Anambra State youth leader, Eziokwu Magnus who led the decampees noted that they dumped APGA because of injustice and poor performance of the present administration.

PDP received the decampees at the Delta State Government House in Asaba.

The Governor of Delta State, Ifeanyi Okowa and the Chairman of the PDP in Anambra State, Ndubuisi Nwobu, Deputy Governorship Candidate, Azuka Enemo, while receiving the decampees expressed gratitude.