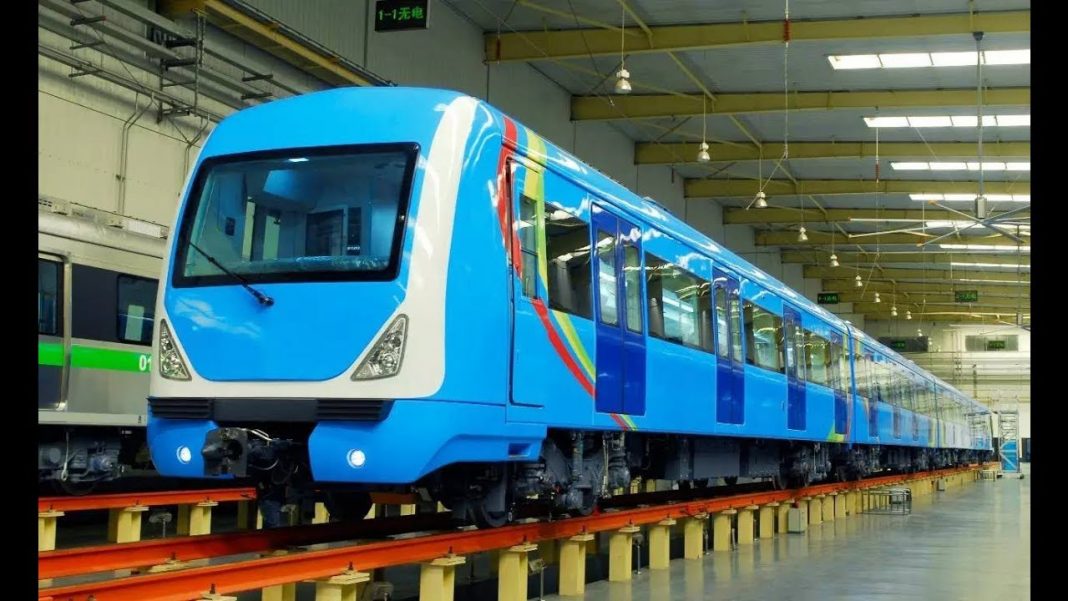 The Central Bank of Nigeria said on Thursday that it had supported the Lagos State Blue railway line project with N60 billion to facilitate ease of passengers’ movement and that of businesses in the state.

The Director, Development and Finance of the CBN, Mr Phillip Yusuf, disclosed during an inspection of the project, held in collaboration with the Lagos Metropolitan Area Transport Authority at the Marina, Lagos.

According to him, this is one of the projects the apex bank and some deposit money banks are supporting under its N1trillion DCR Intervention.

“The total amount that we have made available for this line is N60billion, we had disbursed N45 billion, there is another tranche of N15 billion due.

“So, we can see the progress matches the disbursement that had been made so far. This is just one of the many projects under its DCR Intervention,’’ he said.

Yusuf expressed satisfaction over work done and the solid structure being put in place by the contractor.

“I am quite impressed with what I see on the ground, LAMATA had taken us around and we can see the solid structure that is being put in place in Marina. I am confident based on our observations.

“The quality of work is quite impressive and they had shown us all the work done so far. Luckily, I am an engineer, I can appreciate the amount of work being done.

“Most importantly, I see young Nigerians welding, fabricating and there are over 500 jobs on site. For me, that is a very good takeaway,” he said.

The Managing Director, LAMATA, Mrs Abimbola Akinajo, said, “The vision of the state is to ensure that this project will be operational in the first quarter of 2022, as we are on track.

“One of the major things in every project is funding, and with the support, we have from the CBN and three other banks- Sterling, Fidelity and Access, we will ensure we meet our goal and target,” Akinajo said.

Furthermore, she said that LAMATA was at present constructing the first operational phase of the blue line, adding that five stations at Mile 2, Alaba, Iganmu, National Theatre and the Marina would be constructed within the axis.

Akinajo said that the Marina station would serve as an interchange because every form of transportation would be catered for there: BRT, regular busses, ferry and others.

She, therefore, sought stakeholders’ collaboration on the project to enable the state government to achieve its aim, stressing that three sets of coaches would commence on the line in 2022.

She said that each of the coaches would carry not less than a thousand passengers, saying the signalling system in place would allow the movement of train every three minutes during peak hours.