Evra opens up on fight with Vidic at Man United 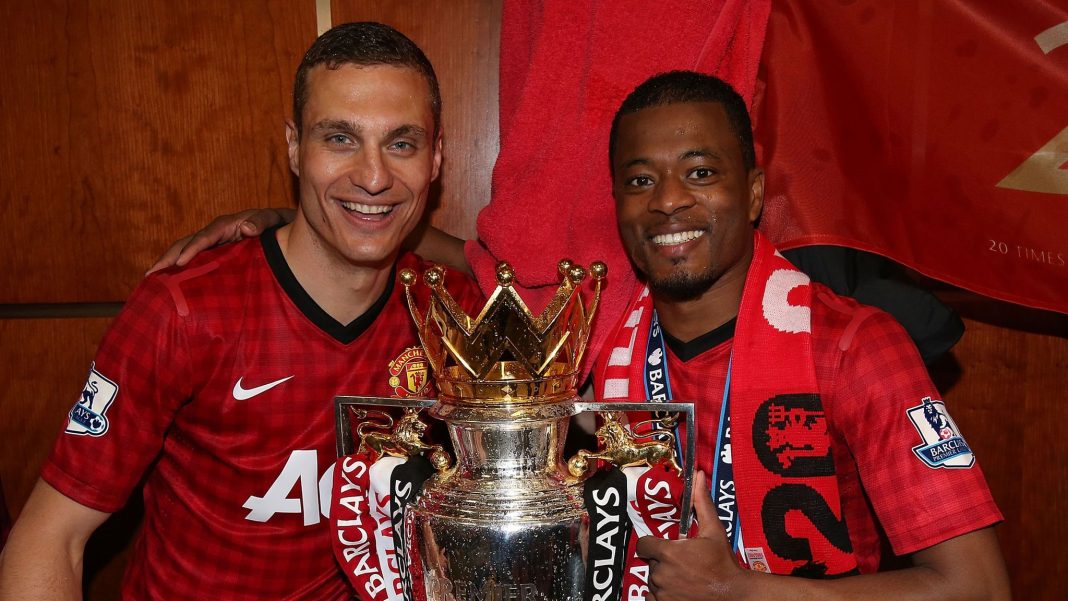 Former Manchester United left-back, Patrice Evra, has spoken out concerning a fight between him and former teammate, Nemanja Vidic.

Evra, a club legend, said the fight between himself and Vidic saw them barely speaking to each other for three months.

Evra who spoke at a recent event for Maui Jim, United’s official vision partner, stated that the fight also made former manager Sir Alex Ferguson make changes to his formation.

“We arrived at the same time and we struggled together. We were at the same hotel, I remember, and we were so bad at the beginning, me and him. The manager sent us to play with the Reserves and the coach was Rene [Meulensteen]. After 45 minutes, he subbed us – in the Reserves! In the dressing room, Vida was saying, ‘My agent called me, I need to go back to Moscow.’ Also, my agent called me and said they had [interest from] AS Roma. It was difficult here.

“So we struggled together. It’s why I have a lot of respect for Vida.”

Evra then confessed, “To be honest, we also fought. We had a fight – me and him – and didn’t speak for three months. We played together and we didn’t even say a word. I never told him to go left or go right. He was the same. Ferguson had to swap Rio Ferdinand to play on the left side with me!

“It was like that for three months until, after a game, I remember he came to me in the dressing room and gave me a high-five. Everyone was like ‘finally’ because we were best friends together, Vida and me. We have a deep story together.

“I love him so much. We struggled but we were really real me and him. If we were doing something wrong, we’d argue but, in the same way, it was a really great relationship.”