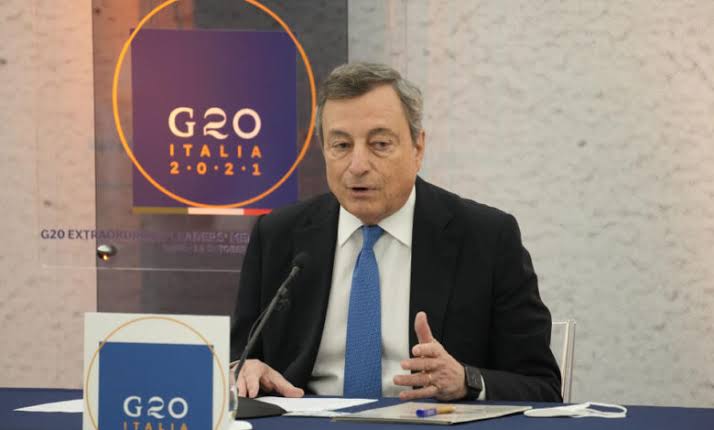 Finance ministers from the Group of 20 (G20) major economies on Wednesday endorsed “the final political agreement” to revamp international corporate taxation, ensuring that multinational firms pay a fair share of tax around the world.

“This agreement will establish a more stable and fairer international tax system,” G20 finance ministers and central bank governors said in a communique during the annual meetings of the International Monetary Fund and the World Bank.

The G20 ministers called for swift development of “the model rules and multilateral instruments” to ensure that the new rules will come into effect at global level in 2023, according to the communique on Thursday.

The communique came after the Organisation for Economic Cooperation and Development (OECD) made an announcement last week.

It was announced that a major reform of the international tax system had been agreed by 136 countries and jurisdictions representing more than 90 per cent of global gross domestic product.

The landmark deal would introduce a global minimum corporate tax rate of 15 per cent, and reallocate more than 125 billion U.S. dollars of profits from around 100 of the world’s largest and most profitable multinational companies to countries worldwide.

It would ensure that these firms pay a fair share of tax wherever they operate and generate profits.

“This is a major victory for effective and balanced multilateralism.

“It is a far-reaching agreement which ensures our international tax system is fit for purpose in a digitalised and globalised world economy,” said OECD Secretary-General Mathias Cormann.

The G20 ministers also noted in the communique that the economic recovery “remains highly divergent across and within countries and exposed to downside risks,’’ in particular the possible spread of new variants of COVID-19 and uneven vaccination paces.

“We reaffirm our resolve to use all available tools for as long as required to address the adverse consequences of COVID-19, in particular on those most impacted,” they said.

The G20 vowed to avoid any premature withdrawal of support measures while preserving financial stability.