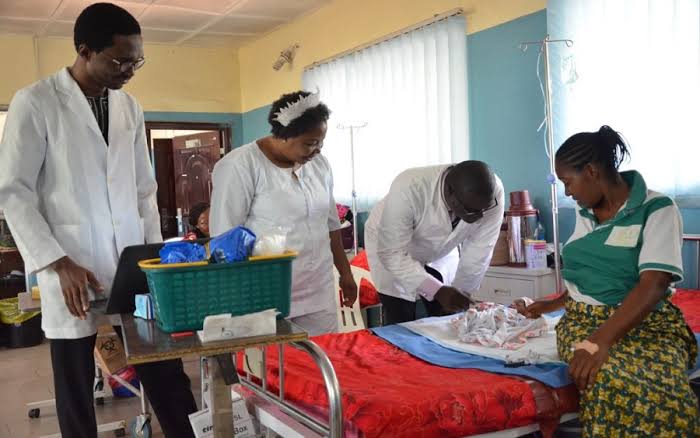 The Lagos State Government has concluded plans to enrol at least 3 million residents into the state’s health insurance scheme within the next one year.

This is part of the state government’s efforts at providing access to health to the over 24 million people living in the state in terms of improved financing and delivering of quality healthcare, especially in the face of the recent Covid-19 pandemic which exposed the poor state of the health sector across the country.

This disclosure was made by the General Manager of the Lagos State Health Management Agency (LASHMA), Dr Emmanuella Zamba, on Wednesday, during a news briefing to announce the ‘Ilera Eko’ grassroots sensitisation and enrolment drive across the local councils in the state.

According to the News Agency of Nigeria, Zamba said that the sensitisation and enrolment drive became quite imperative because the state government understood that health is wealth.

She revealed that the state had so far registered 527,000 residents under the insurance scheme and hoped to enrol more residents with its ’Payton small, small’ plan, which allows for monthly payment, adding that 222 health facilities had been enlisted to attend to enrolees.

Speaking at the occasion, the Special Adviser, Office of Civic Engagement, Princess Aderemi Adebowale, said all around the globe, health remained on the priority list of government at all levels, and Lagos could not afford to be an exception.

She said that the current administration of Governor Babajide Sanwo-Olu was focused on making sure that all the residents of the state had access to quality, equitable and affordable healthcare regardless of their socio-cultural and economic status, towards the attainment of Universal Health Coverage (UHC) in the state.

She also said that part of the state government’s effort at ensuring the implementation of this includes the construction and renewal of health facilities across the state.

She said, ”This has also necessitated the continuous initiation and promotion of various intervention programmes that include the Lagos State Health Insurance Schemes also known as ‘Ilera Eko'”.

Adebowale said that LASHMA, in collaboration with the Office of Civic Engagement, had commenced vigorous sensitisation of the grassroots to the state health insurance scheme (‘Ilera Eko’) in the 20 local government areas of the state.