Repatriation of 1,130 looted Benin artefacts from Germany on track –FG 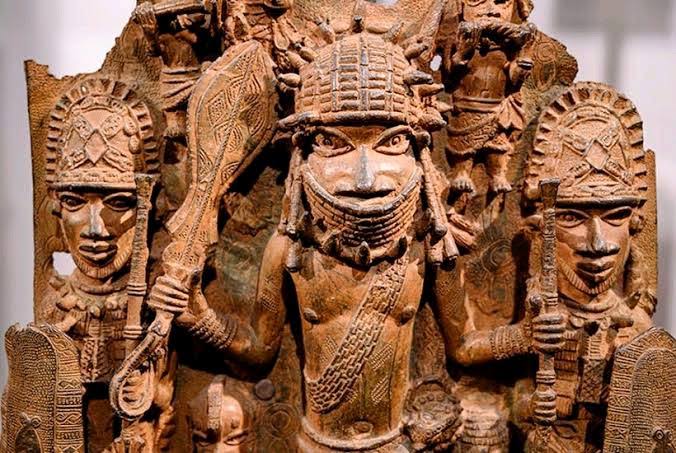 The Federal Government has disclosed that the repatriation of 1,130 looted Benin bronzes from Germany to Nigeria is on track and currently being negotiated by both nations, adding that the return of the artefacts will further cement the relationship between Nigeria and Germany.

This was made known by Minister of Information and Culture, Alhaji Lai Mohammed, on Wednesday in Abuja when he received a delegation from Germany to follow up on the repatriation of the looted Benin bronze.

The German delegation was led by Dr Andreas Gorgen, the Director-General for Culture and Communication of the German Federal Foreign Office and accompanied by the German Ambassador to Nigeria, Mr Birgitt Ory.

“I am glad that you have come and this has reinforced the fact that we are on track. Your visit has buttressed the intention of the two parties towards working out the return of the artefacts.

“I want to reiterate here that the return of the artefacts will not be the end of an era but rather the beginning of further cooperation between the two countries,” the minister said.

He added that the Memorandum of Understanding (MoU) earlier signed between the delegation and the National Commission for Museums and Monuments (NCMM) was about confidence-building between the parties, and underscored the fact that no one was reneging on the agreement reached on the return of the cultural objects.

“I know the burden back home in Germany as your people will be asking, why are they returning the artefacts to Nigeria given the fact they did not steal them.

“They will be saying, they did not loot them and did not colonise Nigeria but got the artefacts through normal purchases and transactions.

“Though they are right, but the German Government and people have made a very bold statement by agreeing to voluntarily, without coercion from Nigeria, return the artefacts.

“The return of the artefacts will cement further, the relationship between Nigeria and Germany.

“This is because Culture today has become one of the most effective tools of soft diplomacy,” he said.

He revealed that Germany is the first country to return in large number looted artefacts from Nigeria, adding that a team of experts would soon be visiting the major museums in Germany where the artefacts were located before the final agreement-signing ceremony in Berlin in December.