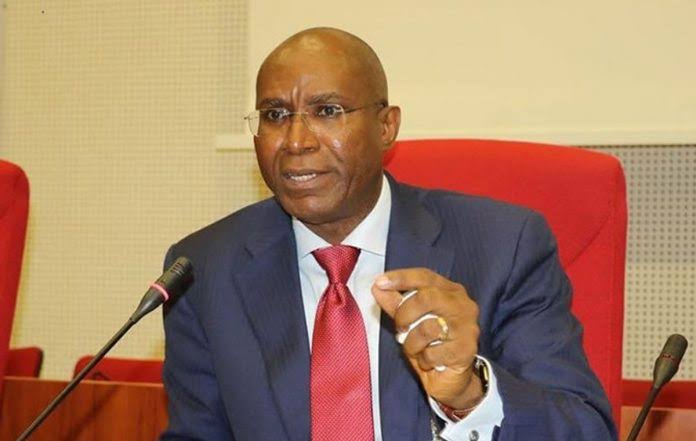 The Deputy President of the Senate, Senator Ovie Omo-Agege, has declared that the National Assembly will pass the 2022 Appropriation Bill presented to it last Thursday by President Muhammadu Buhari before December 16 this year.

Omo-Agege, who spoke Thursday while playing host to his former classmates at the Nigerian Law School Class of 1986 (The Centennial Class) in Abuja, assured Nigerians that the National Assembly was determined to pass the 2022 budget before the year runs out.

According to him, “The budget process is ongoing. In the next 30 days, we will conclude it and pass it before we go on Christmas break, sometime on December 16.”

He stressed that early approval and signing of the appropriation bill into law would ensure planning, bring about enhanced productivity and efficiency in the management and application of the nation’s resources.

The ranking senator explained that Nigerians are the ultimate beneficiaries of the return to the January to December budget cycle, stressing that this would guarantee full implementation of the economic, infrastructural, social investments and other developmental programmes contained in the budget.