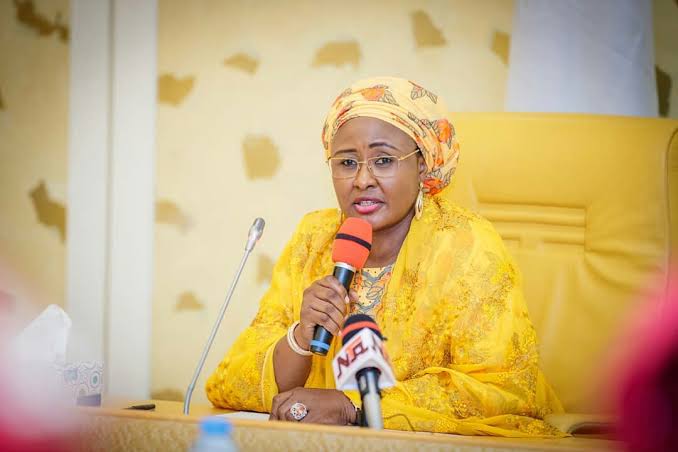 Mrs Aisha Buhari, wife of President Muhammadu Buhari, has called on journalists to engage more with states’ first ladies with a view to giving their projects more visibility.

She made the appeal on Wednesday night in Abuja at an event organised by the Independent Newspapers to honour states’ first ladies who had used their offices to impact positively on the lives of the people, especially the underprivileged and vulnerable.

Mrs Buhari, who was the special guest of honour at the event, was represented by Mr Aliyu Abdullahi, her Special Adviser on Media and Publicity.

She said, “I am happy to be at this memorable event, which seeks to recognise the efforts of first ladies in spreading the dividends of democracy.

“I am particularly happy that some first ladies have been recognised as having excelled in this regard.

“I want to use this opportunity to call on media practitioners to engage more with first ladies so that their projects can get more visibility.

“The partnership will be a win-win because the media would then have discharged a part of its social responsibility”.

Mrs Buhari commended the management of Independent Newspapers for organising the event, saying it was an important milestone and a testimony that the paper understood its role as a partner and a stakeholder in development.

“It is without a doubt that the media has a pivotal role to play, not just in setting agenda for discourse, but also in supporting and amplifying worthy causes,” she said.

She added that first ladies provided the underbelly of any government as they provide humanitarian, compassionate and mercy services by organising health, educational and empowerment projects.

According to her, first ladies help in the protection of the vulnerable people including women, children, youth and the aged in the society.

She said they also had the advantage of providing counsel to the governors and had become advocates for school enrolment and retention, adult education, self-reliance and health awareness.

She added that first ladies were also advocates against gender-based violence, drug abuse and trafficking of persons.

“They also provide financial support in terms of scholarships and settlement of medical bills for the underprivileged,” the First Lady said.

She congratulated the first ladies that were recognised for the awards at the event, saying that the awards would not only spur them to do more, but would also encourage others.

Mr Steve Omanufeme, the Managing Director and Editor-in-Chief of the Independent Newspapers, while welcoming guests to the event, said it was designed to recognise and celebrate distinguished first ladies who had consistently outperformed in spite of prevailing economic circumstances.