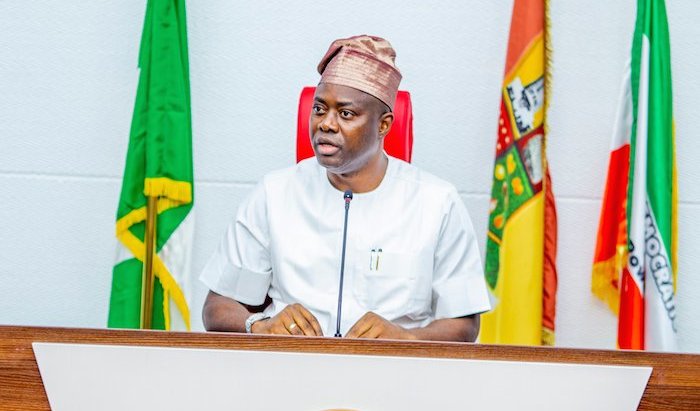 Oyo State Governor, ‘Seyi Makinde, has urged Nigerian politicians to bury their political differences and maintain unity of purpose for the progress of the country.
The governor, while receiving the members of the Senate Committee on Army, led by its chairman, Senator Ali Ndume, in his office, stated that Nigerians needed to keep talking to one another and put the national interest first at this period.

A statement by the Chief Press Secretary to the governor, Mr. Taiwo Adisa, quoted the governor as adding that national peace is paramount at this period, noting that there is the need for all politicians, irrespective of their political affiliations, to work together for the progress of the nation.
While speaking on the state of security in the country, Governor Makinde maintained that Oyo State would always be accommodating to all ethnic groups, except criminal and disgruntled elements among them.

He equally commended the efforts of the Nigerian military in combating crimes across the geopolitical zones of the county.
He said: “I want to welcome you to Ibadan. Quite frankly, for us, APC, PDP is not the issue. The issue for us is development for our people and we need to work together to see that we have development in our state.

“We know the government, either APC or PDP, will come and go but our state will remain. When we are done, the people coming will take up whatever we are able to achieve.
“Also for our military men, the best we can do is to support them. They are all over the place trying to keep us safe. What we are saying is, we are in a very challenging period and we have economic issues as well. The only thing we can do is to rally round and give them support so that when they are in faraway places, they will know that their families left at home are receiving attention.

“Also for us here in Oyo State, we don’t stereotype. We work with the Army and other security agencies. We are only after criminals. We don’t care whether they are Yorubas or Fulanis or Igbos. Wherever we identify criminals, we go after them.
“I also want to thank you for the work you are doing on behalf of us and be sure that you will always have our cooperation and support from Oyo State.”
Earlier in his remarks, the chairman of the Senate Committee on Army, Senator Ali Ndume, lauded Governor Makinde for providing basic and social amenities, such as street lights to military barracks in the state.

Senator Ndume also commended Governor Makinde for the tremendous changes the state has witnessed within a short period of time.
“We are here on an oversight visit and we want to inform you that the Committee has seen what you are doing to complement the effort of the Nigerian Air Force.

“So, we want to commend you for that. As we moved around to supervise some of the projects they were doing in the barracks, the GOC told us that as part of your effort to light up Ibadan, you included the streets around them in the project. This is very commendable.
“I also personally want to tell you here that the people of Oyo State are very lucky to have you as a leader at this material time.”
The courtesy visit had in attendance the Senators representing Oyo North and Oyo South senatorial districts, Senators Fatai Buhari and Kola Balogun among others.