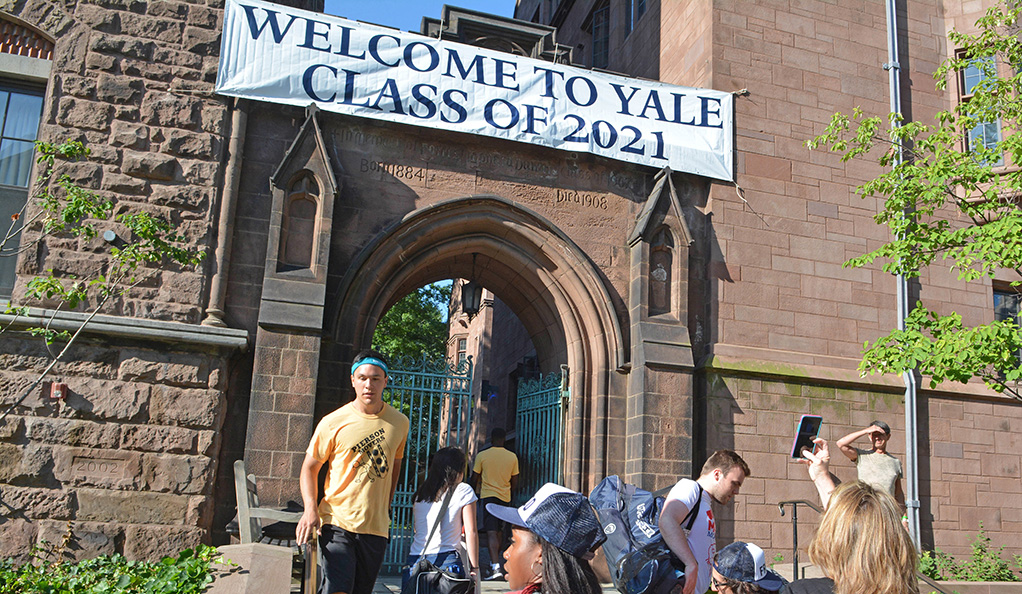 Students at Yale University were evacuated by the police after multiple bomb threats were made Friday afternoon.

The Ivy league university in New Haven, Connecticut, US sent out an alert at 2:35 pm on Friday warning people of the threat and evacuation.

Police received a non-emergency call of bombs being placed in several Yale buildings, according to the alert. (Calls to New Haven’s 911 emergency line can’t be made if the person is not within city limits)

A caller reportedly called the police at 1:51 pm “stating 40 bombs” were hidden around the university campus, police told the New Haven Independent.

Students were first evacuated to the upper section of New Haven Green as police and the Department of Homeland Security were responding to the threats but have since been placed inside. Emergency services have set up their staging at the intersection of High Street and Chapel Street.

“Clearly we are looking to track down the individual who made this call.”

New Haven Police Chief Renee Dominguez and Yale Police Chief Ronnell Higgins confirmed that all seven buildings that were named in the threat have been evacuated. The buildings have not been cleared as the departments are waiting on more explosive dogs to be brought in by neighbouring departments.

Bomb teams will work in groups with the explosive dogs to clear all the buildings for entry. The officers are aiming to have students return to Old Campus by 6:30 or 7:30pm.

Old Campus and the intersection of High Street and George Street have been blocked off by authorities, according to the Yale Daily News.

Connecticut Transit has been instructed to re-route buses from downtown.

Chief Higgins said no reason for the threat was given but declined to give more information about the call. He said the department is: ‘always gonna err on the side of caution.’

An email sent from Benjamin Franklin College Operations Manager Suzanne McDermott informed students that the campus disabled gate access to all the residential colleges ‘for the time being.’

Another email was sent to Pauli Murray students from its head Tina Lu who told students the authorities are ‘acting out of an abundance of caution.’

Student Harrison Bushnell told the Yale Daily News that police: ‘didn’t say why, they just said it was an evacuation.’

He was in Linsly-Chittenden Hall when an officer entered and told students to evacuate to the upper New Haven Green. ‘I was just in a session about a class that’s going to be offered in the spring, and then they came in and said we all had to go to the North Green.’

Hank Graham said he heard the alarm go off in his room in Jonathan Edwards and began to evacuate when he saw police.

He recounted: “The police officer said ‘The safest place to be right now is by the Green.’ And I was like ‘Oh my god, safe in what way?'”

Another student, Josh Zeitlin, was entering Bingham Hall when an officer instructed him to evacuate the building.

“It’s pretty chaotic,” he said. “I had to call and make sure that my suitemates were okay.”