Tens of thousands of people took part in mass rallies in the Ethiopian capital Addis Ababa on Sunday to show support for the government in its fight against an alliance of rebel forces threatening to march on the city.

Fighting has been going on since November 2020 between the government of Ethiopia and forces in its northern Tigray region.

Eritrean soldiers are also fighting in Tigray for the Ethiopian government. All sides have been accused of atrocities.

The conflict has displaced more than 2 million people and left 400,000 in Tigray at risk of famine.

BBC reported that many demonstrators expressed frustration with international media outlets, accusing them of spreading fake news about the conflict.

In a speech to the crowd, the capital’s mayor, Adanech Abebe, castigated the Tigrayan rebels and called on the city’s residents to play a heroic role by fighting them.

Prime Minister Abiy Ahmed has come under intense pressure as the conflict has developed and this week called on citizens to take up arms and “bury” the rebel forces.

Despite the show of solidarity, a year of war has left millions of Ethiopians in need of urgent humanitarian assistance and international pressure for a ceasefire has been intensifying.

Here are some pictures of the pro-government rally on Sunday. 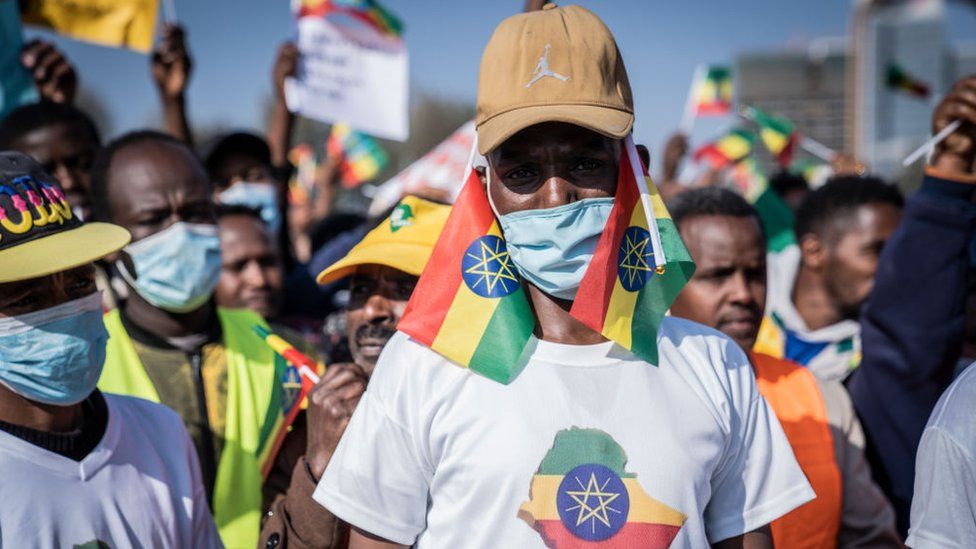 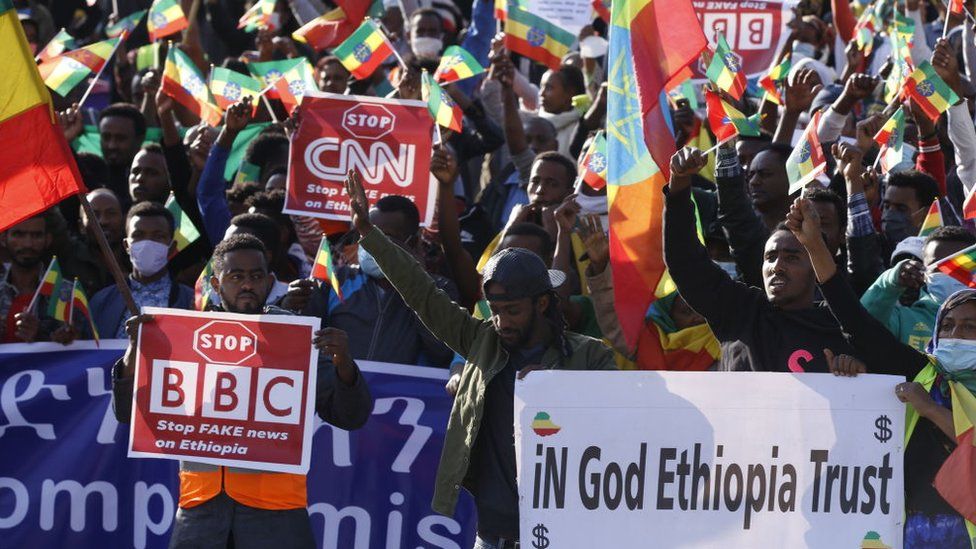 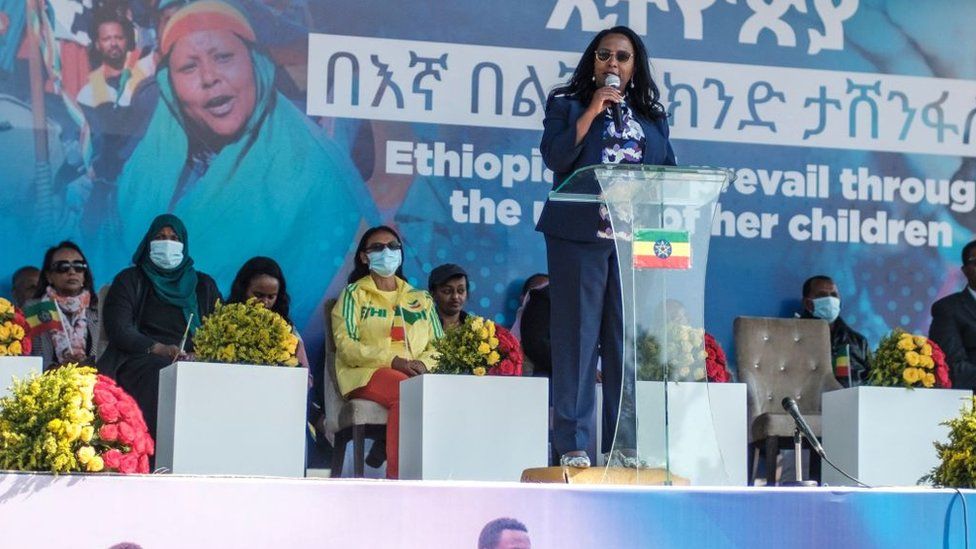 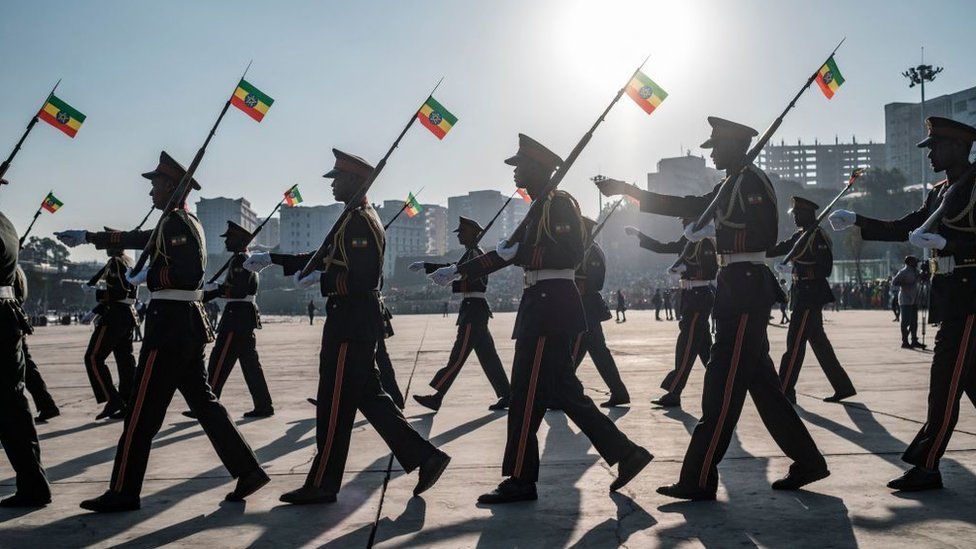 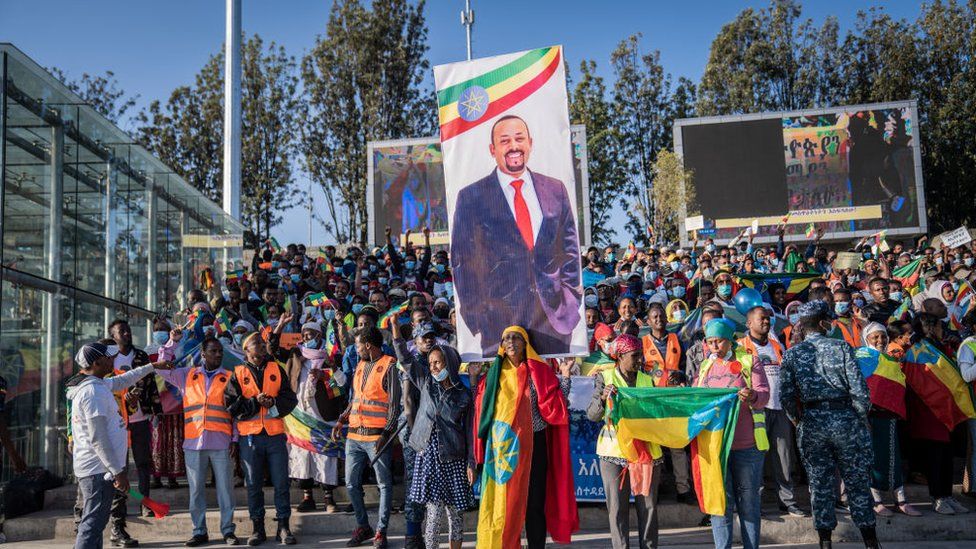 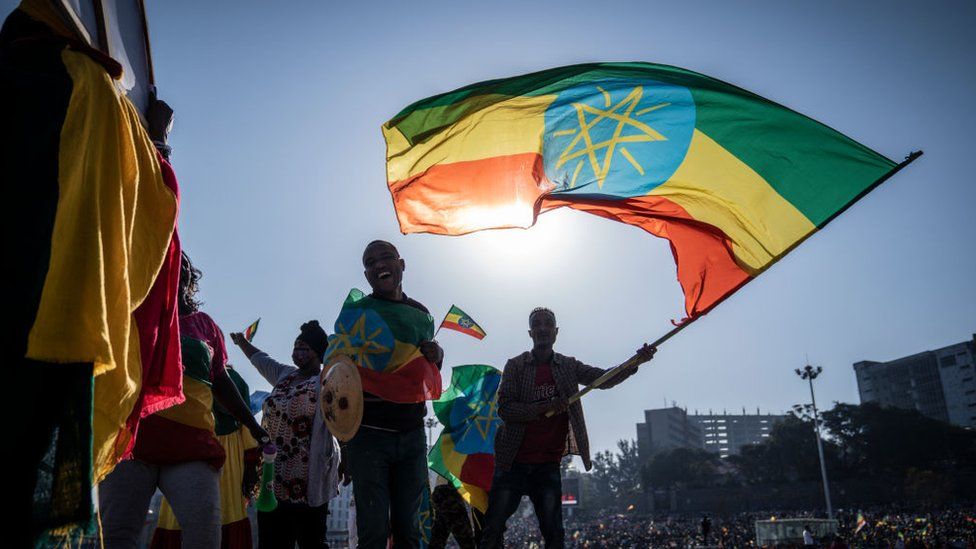