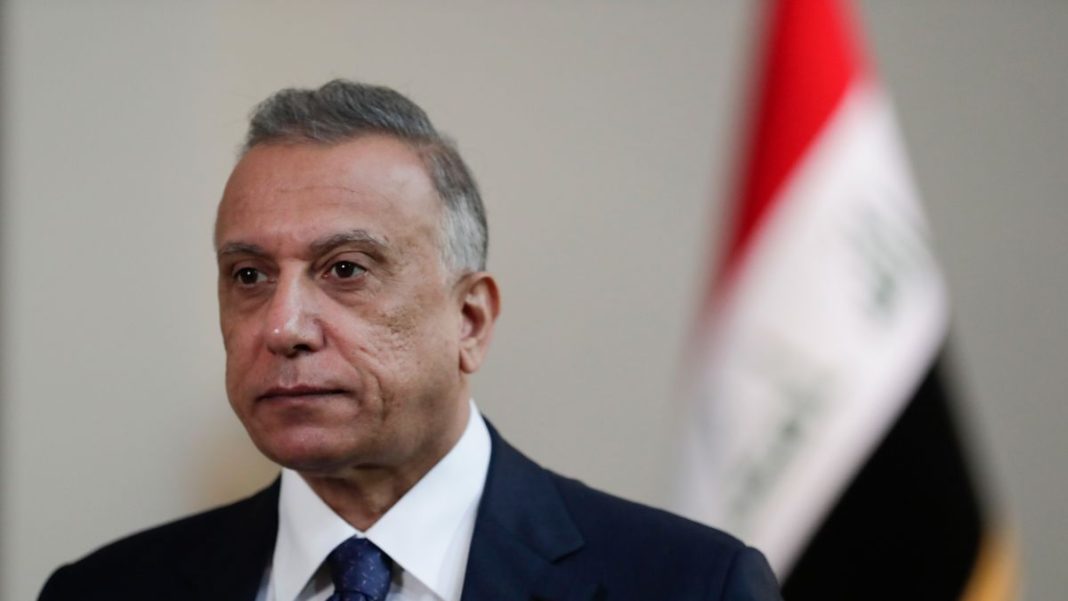 Al-Kadhimi went on to Twitter moments after the attack and called for “calm and restraint from everyone.”
“Thank God, I am fine and among my people,” he tweeted on his official account.
He called the missile and drone attacks cowardly, saying that they work against a better future for the country.
Al-Kadhimi called for calm and constructive dialogue “for the sake of Iraq and the future of Iraq.”

“I was and still am a redemption project for Iraq and the people of Iraq. The missiles of treachery will not discourage the believers and will not shake a hair of the stability and determination of our heroic security forces to preserve people’s security, achieve justice and set the law in place,” he said.

Three drones were involved in the assassination attempt, according to Ministry of Interior Spokesman General Saad Maan, speaking to the state-run Al-Iraqiya news network. Security forces were able to down two of the drones, Maan said.