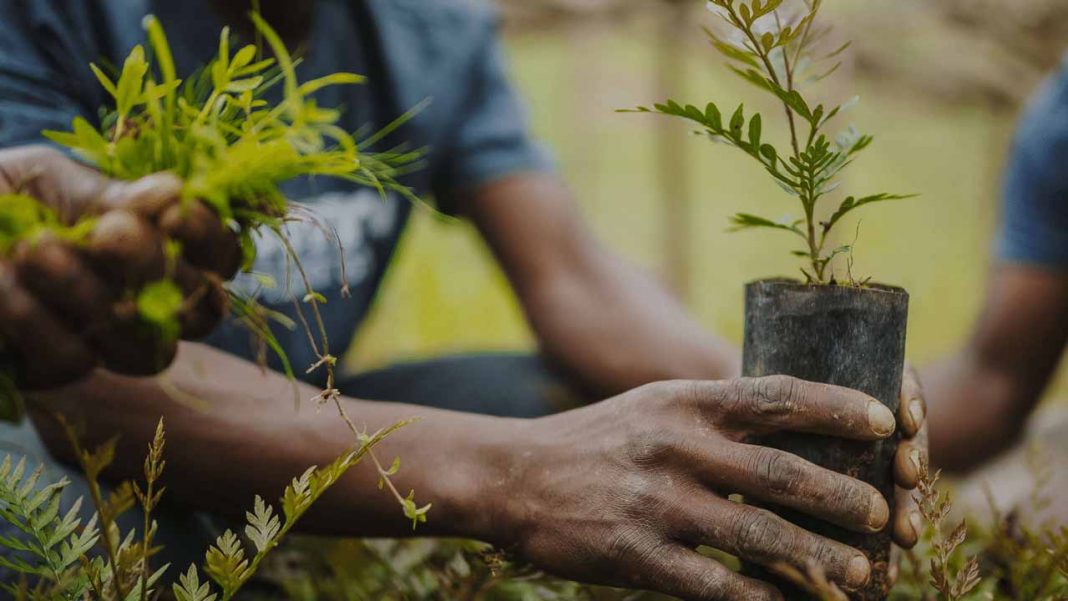 Gov. Bello Matawalle of Zamfara has announced, on the margins of the ongoing COP26 holding in Glasgow, UK, that his government would plant one million trees to fight desertification.

A statement by Yusuf Idiris, Director-General, Media, Public Enlightenment and Communications to the governor, in Gusau, on Sunday, said Matawalle gave the indication on Saturday, at the global conference, when he hosted the Zamfara stateside event, at the ongoing COP26.

It quoted the governor as saying that the tree-planting project would be executed in partnership with Nigeria’s Great Green Wall project aimed at fighting desertification and soil erosion in the state.

Zamfara is one of the frontline desert states in Nigeria with 50 per cent of its landmass under threat of desertification, coupled with soil degradation caused by annual flooding during rainy seasons, he noted.

“My administration ventured into the scheme to save the largely agrarian society cultivating millet, guinea corn, maize, rice and other crops and guaranteeing Nigeria’s food security,” Matawalle said.

He lamented that climate change, which was a major driver to armed banditry bedevilling the state, was the result of the taking over of pastoralists’ grazing reserves, water and resting points.

Matawalle noted that the state government was presently channelling resources to address these issues, including establishing modern pastoral settlements known as RUGA, where herders are being settled in one place with all the required amenities provided for them and their animals.

The project, according to him, had mitigated the perennial skirmishes between farmers and herders that gave birth to armed banditry in the first place.

The governor also said that the state government had already keyed into the World Bank-funded Agro-Climatic Resilience in Semi-Arid Landscapes programme, which has desertification control and landscape management as one of its components.

According to him, his administration was doing its best to protect natural habitats, protect and restore the ecosystem and reclaim the land by building defences, including resilient infrastructure and agriculture.

“The state government requires collaboration with partners to raise the finances that will strategically support this drive.

“Zamfara state’s delegation at the event included, the Secretary to the State Government, Alhaji Kabiru Balarabe and the Commissioner for Environment, Dr Nura Isah Gusau, alongside the Commissioner for Humanitarian Affairs, Hajiya Faika Ahmad and the Special Adviser to the governor on Bilateral Affairs, Dr Suleiman Shu’aibu Shinkafi,” the statement said.