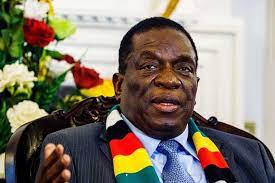 Gems from the Marange diamond fields have been excluded from big international markets under a damaging global embargo announced by the European Union (EU) and the United States at various intervals in the past decade.

The two power blocs have cited security forces’ brutality against defenceless diamond panners in the Marange claims and the deployment of forced labour as reasons behind their hardline stance.

But authorities in Harare, who have been unsettled by worsening economic turbulence and deteriorating poverty levels as crucial elections beckon in 2023, say they want to turn to their natural resources to bridge a financial blackhole apparently created by high level economic mismanagement and corruption.

Last week, they also requested UN special rapporteur on the negative impact of the unilateral coercive measures on the enjoyment of human rights Alena Douhan to negotiate for the resumption of trade in ivory, according to Polad chiefs who met the envoy on October 26.

Douhan rounded up her 10-day assessment of the impact of sanctions on Zimbabwe on Thursday last week, after which she slammed the Western sanctions for igniting suffering in the country.

Polad is a dialogue platform for 17 political parties, including President Emmerson Mnangagwa’s Zanu-PF, who contested in the disputed 2018 elections. The majority of Polad members have little significance to Zimbabwe’s political landscape, but have scaled up their support for Mnangagwa after being pampered with state benefits, including top-of-the-range vehicles.

In the paper titled “Economic Impact of Sanctions on Zimbabwe” Polad slammed the West for abating Harare’s meltdown by blocking “access to markets for Zimbabwe’s diamonds sector” and precipitating “disinvestment, company closures and a currency collapse”.

Zimbabwe, estimated by some experts to be endowed with 25% of global diamonds stocks, slipped into further troubles internationally following reports that over US$14 billion had been looted by elites in the Marange claims, where the US has raised issues over forced labour and rights abuses.

Towards the end of 2008, security forces brutally attacked illegal miners in order to secure sole control of the mines for the state, pushing the West to declare Harare’s gems “blood diamonds”.

More than 200 people were killed.

In an interview with the Independent, Polad chairperson for the economic thematic committee and Code president Trust Chikohora confirmed that a key component of their discussion with Douhan revolved around whether the UN could help Harare begin trade in diamonds and ivory.

“We told her that Zimbabwe is not allowed to sell its diamonds on the international markets like Antwerp in Belgium,” Chikohora said. “We only invite buyers here when we conduct our auctions. Only a few buyers who are not afraid to have their names dragged into the mud come. We only receive about 30 to 40 of them. Because of low demand, prices are very low compared to what we would earn if we were to sell on the international markets. We are losing revenue.

“Remember that during the time when Obert Mpofu was the Minister of Mines they wanted to declare them ‘blood diamonds’. But Zimbabwe is not at war. Mpofu had to fight hard,” said Chikohora, who added that Western powers were hiding behind the Convention on International Trade in Endangered Species (CITES) to stop trade in ivory.

Zimbabwe’s government has argued that with diamond sanctions and trade in ivory frozen, Harare’s economy has been deliberately destroyed to create a humanitarian crisis.

The plan behind the sanctions on Zimbabwe’s diamonds was to stem the flow of “blood” or “conflict” gems into the world’s biggest markets by excluding them from the legal trading process.

As a result of the international sanctions, the Minerals Marketing Corporation of Zimbabwe has forfeited a quarter of regular prices for raw diamonds.

The country has been forced to approach alternative markets in Dubai or Mumbai where prices are considerably lower.

In 2019, a furious Mnangagwa slammed CITES over the continued ivory trade ban.

His outburst came after Zimbabwe, Botswana and Namibia asked for a window to sell US$600 million worth of ivory stockpiles, but were turned down, triggering fears of an environmental crisis as elephant herds increased. The countries want to deploy funding from ivory sales to fund the management of wildlife parks.

“It’s a lot of money we can use for big projects,” Mnangagwa said at the time. “Our wild animals are being discussed in Geneva, an irrelevant place to the animals,” he said, referring to the 183-country forum.

The three countries are home to a significant population of the remaining African elephants, but overpopulation has precipitated serious conflict between humans and animals.

Chikohora said Polad told the UN envoy that CITES knew exactly which countries had the biggest ivory stockpiles, but was being used by Western powers to stop sales.

“We are not allowed to sell our ivory stockpiles,” he said. “We have said our elephants are too many but we cannot cull them. We can demonstrate that we have too many elephants. But under CITES they don’t want us to sell. They can talk about CITES and other issues but clearly this has something to do with sanctions. They know who has the largest stockpiles of ivory and they are clearly saying Zimbabwe cannot sell, its people will earn money. But this has destroyed national parks because Zimparks needs money to run the wildlife parks. They may not say this but this is a way of dealing with Zimbabwe.”

Last week’s proposal demonstrated how Harare’s authorities have been unsettled by terrifying developments on the currency front.

National stability has been threatened by an extensive drabbing of the Zimbabwe dollar on the parallel market, triggering fears the country could relapse into fresh chaos reminiscent of the 2008 meltdown.

Zimbabwe’s economy, which has been declared a bad boy in international relations, has struggled to access lifelines from international lenders and raise over US$30 billion required to rebuild its collapsing infrastructure.

It appears after enduring the tough international embargo estimated to have cost the country over US$100 billion over two decades, Harare is pulling no stops to end the crisis, including fighting for access to closed markets.

The UN envoy rounded up her tour last week, after which she slammed Western powers for maintaining a tight embargo on Harare.

She is expected to present a full report to the UN next year.