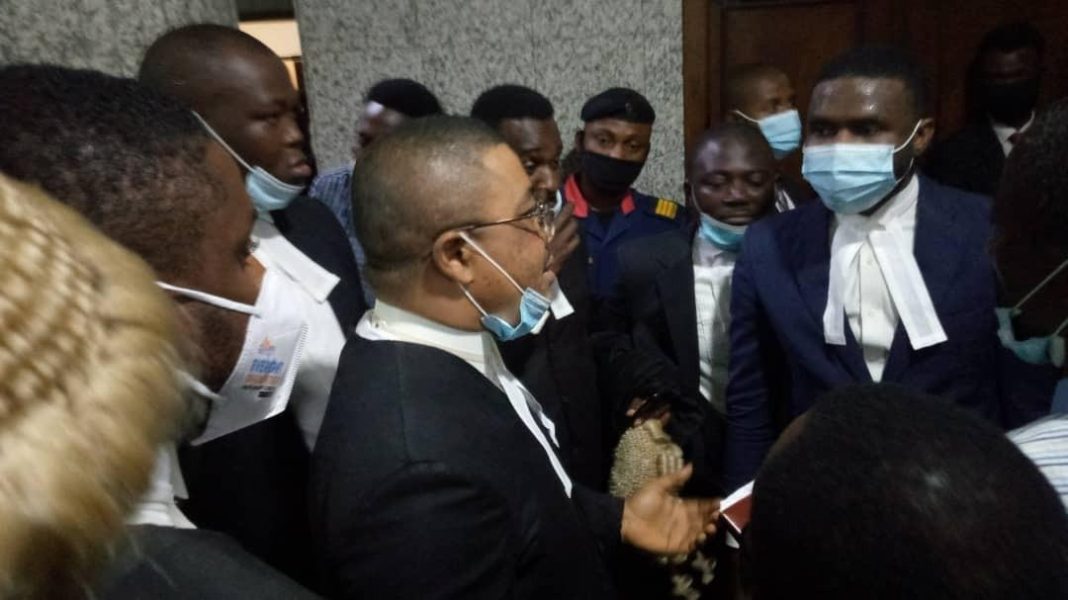 Security operatives on Wednesday again prevented Maxwell Opara, one of the lawyers of detained leader of the proscribed separatist group, the Indigenous People of Biafra, Nnamdi Kanu, from entering the Federal High Court in Abuja.

Also barred from the courtroom include journalists, Igbo traditional leaders, as well as observers and activists.

But other lawyers of Kanu including Ifeanyi Ejiofor and Aloy Ejimakor were allowed inside the courtroom.

Recall that in the October 21st arraignment of Kanu, security officials caused an uproar when they barred lawyers, journalists, prominent personalities from accessing the court.

Kanu is facing terrorism-related charges and has since been detained in the custody of the Department of State Services since his re-arrest from a foreign country in June 2021.

He had pleaded not guilty to seven charges.